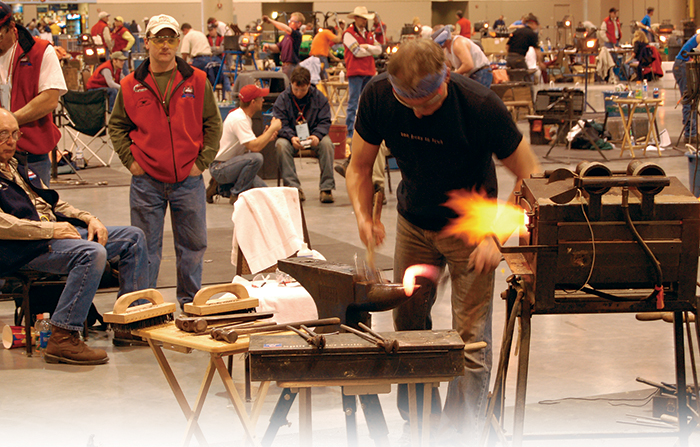 By Pat Tearney posted on May 1, 2006 | Posted in Business Practices, Shoeing

Members of the American Farrier's Association gathered in Omaha, Neb., in late February for their 35th annual convention. As always, the event featured contests, camaraderie, entertainment and education, but the convention also was one of those years that signaled a changing of the guard.

John Blombach of Westminster, Mass., was elected treasurer, receiving 901 votes to 487 for Michael Joshua of Denver, Colo. Blombach takes the post being vacated by David Edens of Graham, Texas.

Shortly after the convention, AFA Executive Director Bryan Quinsey announced he was resigning to take a position with the Friesian Horse Association of North America. Mike Nolan of Frankfort, Ky., has been engaged to serve as a consultant to the Executive Committee until a new executive director has been named.

Among the highlights of the Board of Directors meeting were: