Discover protocols, advice and other valuable information on how to handle soft tissue injuries, laminitis, caudal heel pain or any other lamenesses that farriers face on a day-in, day-out basis.

By Jeff Cota posted on March 16, 2021 | Posted in Clients, Disciplines & Breeds, Diseases, Lamenesses, Safety & Healthcare
A Thoroughbred horse organization and affiliates in 11 states are suing to stop the Horseracing Integrity and Safety Act, calling its delegation of oversight to a private authority a violation of the United States Constitution.
Read More

By Ian Davies, DipWCF posted on March 13, 2021 | Posted in Education, Diseases, Lamenesses, Shoeing, Therapeutic Shoeing, Trimming
One thing that is consistent across every specialized field is that overconfidence can quickly develop in practitioners and have disastrous consequences for others. This is especially true when it comes to professions that provide care for others, such as doctors, vets and even farriers.
Read More

“The information, ideas, and opinions expressed are those of the author and do not necessarily represent those of the United States Department of Agriculture."
By Albert Kane posted on March 11, 2021 | Posted in Anatomy, Disciplines & Breeds, Diseases, Lamenesses, Shoeing

Laminitis is the Most Common Reason for Horse Euthanasia

A 2-year prospective survey examined  the rate of euthanasia and factors associated with euthanasia among  1,070 horses and ponies in Great Britain. This analysis was part of a  larger study of laminitis that enrolled owners of healthy animals who  responded via a web-based survey. Most respondents owned one to three  animals for an average of about 7 years. Native pony breeds were most  common and while most owners (60%) reported their animals were in ideal  body condition, a third of the animals enrolled had a previous history  of laminitis.

By Albert Kane posted on March 3, 2021 | Posted in Education, Diseases, Lamenesses
A group of scientists from Australia and the United States investigated the perfusion of the laminae when a horse stands with increased loading of one front limb such as occurs following a fracture repair that can lead to supporting limb laminitis in the opposite limb.
Read More

My View of "Grass Foot"

By Boris Riaschenko posted on February 25, 2021 | Posted in Anatomy, Diseases, Lamenesses, Trimming
Recently, there are more horses with different front hooves, or when one is lower, wider with a well-developed frog (the left as a rule) and another is narrow, upright, with depressed frog, so called “grass” foot.
Read More
More Articles Tagged with 'Lamenesses' 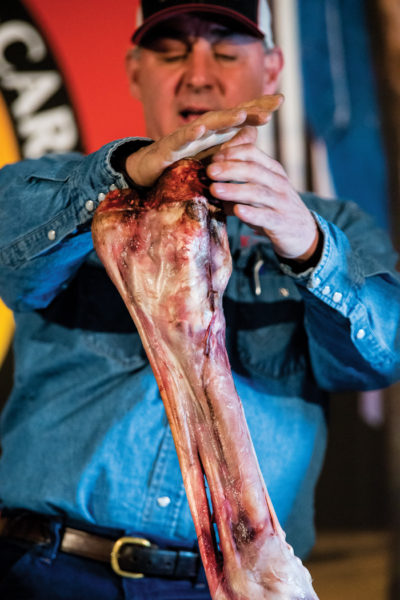 Free eGuide &mdash; Demystifying The Secrets Of Biomechanics And Lameness

Demystifying The Secrets Of Biomechanics And Lameness