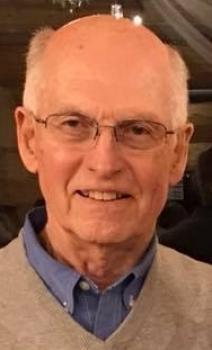 “Ken Davis & Sons was near and dear to his heart,” according to a statement from Ken Davis & Sons via Facebook. “One of his favorite parts was making deliveries to the homes and racetracks of our customers. During his 36 years, he made many acquaintenaces that turned into lifelong friendships that continued into his retirement.”

Among those friends is Lee Liles, director of the National Museum of Horseshoeing Tools and a member of the International Horseshoeing Hall Of Fame.

“We lost a great man in the horseshoeing world last night,” according to a Facebook post by Liles. “Mr. Jon Davis was a leader in the farrier supply world. He was the main man who knew about standardbred horses. He and I talked a lot about anvils and went to SOFA [Southern Ohio Forge and Anvil] blacksmith events. He will be greatly missed by all.”

After graduating from Richwood High School in 1960, Davis attended Ohio State University for a year. Davis joined the Army Reserves in 1962 while working the family business — then known as the Davis-Hughes Hardware Co. During the middle 1950s until the early 1980s, the company carried the only U.S. source of toe caulk steel.

“There was a great demand for steel in the ’50s, ’60s and ’70s because horseshoers had to make a lot of the shoes, especially standardbred shoers,” according to the company’s website. “Also during this period, Lester Hollenback, Ray Schnaare, Rudie Hendricks and Joe Brunei started making standardbred shoes, and we supplied them with the steel.”

After the hardware business portion of the Davis-Hughes Co. was sold, and the family opened the Ken Davis & Sons farrier supply business in 1968. Davis retired in 2004.

Davis served as secretary of the Farrier Industry Association, as well as on several community boards and organizations such as president of the Civic Center Board, a member of Pheasants Forever Union County Chapter #535 and the Richwood Gun and Game Club. He also was treasurer and served on various church committees for the First United Methodist Church in Richwood.

Davis is preceded in death by his wife Brenda, who passed away March 11, 2017. They were married July 17, 1965, in the Richwood First Baptist Church.

Funeral services will be at 11 a.m. Monday, May 14 at the First United Methodist Church. Burial will follow in Claibourne Cemetery. Visitation will be from 2 to 6 p.m. Sunday, May 13 at the Stofcheck-Ballinger Funeral Home in Richwood.

Condolences and memories may be shared at Stofcheck-Ballinger.com.