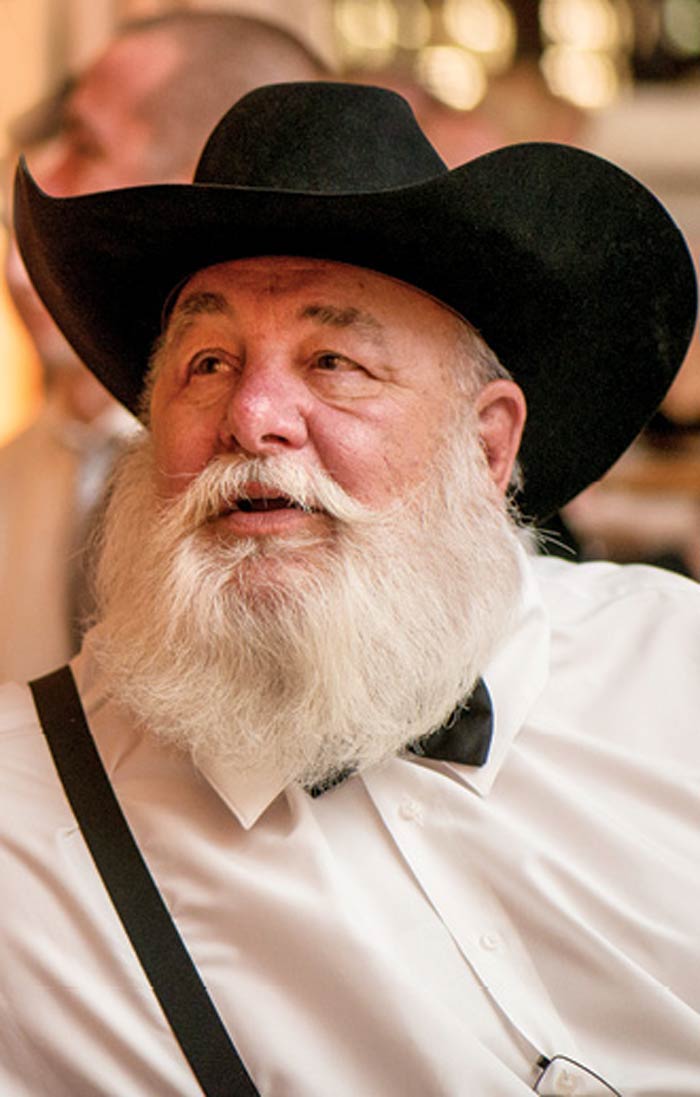 Never had a chance to visit the National Museum of Horseshoeing Tools in Sulphur, Okla.? Take a video tour from the American Farriers Journal archives.

Reliving The Past Through American Farriers Journal

The History Of Shoe Boards

Calvary Forges From WWI and WWII

The Early Days Of Shoeing Competitions And Conventions

A Wide Variety Of Shoe Boards

The Many Applications Of Horseshoes

Over 300 Years Of Horseshoeing Literature

The late Lee Liles dedicated his life to preserving the heritage of farriery with the creation of the National Museum of Horse Shoeing Tools and Hall Of Honor. Nine months after his passing, Liles’ family delivered a valentine to their patriarch and the farrier industry by announcing the collection will have a permanent home in Oklahoma City, Okla.

“We will be moving to the Historic Stockyards City in Oklahoma City,” Samantha Liles Frank told American Farriers Journal. “We are excited about continuing the museum’s impact in Oklahoma.”

Remaining in the Sooner State was a priority for Liles’ family.

“We truly wanted to keep the museum local to Oklahoma,” says Liles’ daughter. “Lee built and curated the museum after he moved here in 1998, and we think it's something special for the state we grew to love.”

The new location has sentimental value not only to Liles, but also to his family.

“The Stockyards are central to the OKC area and are already home to thriving businesses frequented by locals and tourists alike,” Frank says. “We thought it would be a great central and meaningful location, and especially easy for people in town for events to be able to get to. For me personally, I have many fond memories with my dad roaming around the stores and eating at Cattlemen's as I was growing up. It’s particularly special to me to know his legacy will live on in a place we enjoyed together.”

The Liles family is partnering with Wiens Properties in the venture and are excited about the possibilities that the move could bring.

“I’m hopeful it will become a destination for school tours, events, visiting groups, and many others,” she says. “I’m also thankful for the opportunity to partner with Wiens Properties to bring the museum to the Stockyards, and together we are hopeful it’s a valuable addition to the area for many years to come.”

Liles’ friends can also count on seeing a place of distinction dedicated to the International Horseshoeing Hall Of Famer.

“We are planning on honoring him at the site,” Frank says. “This is something particularly close to our family’s heart, so we are in the process of deciding how best to put his mark on the new space.”

While it’s always been very important for the family that Liles’ legacy continues to flourish, relocating the collection is a bittersweet moment.

“I think I speak for many of us when I say we are all excited, relieved, and also a little sad,” she says. “It will be hard to see the collection move from its original space, but we identified the Stockyards early on as an ideal location, so we are very happy with the plans and are hopeful it will be shared with more people in the new location. There is still a lot of effort to be put forth, however, in terms of designing the new space and moving the collection itself. So I think the biggest excitement will come when we are able to open the new space to the public.”

Relocating the collection will be a monumental task on a number of fronts — packing, physically moving it, not to mention the financial ramifications.

“We are in the process of packing and will be until the end of April when the collection will then be moved into storage for a period while we renovate and prepare the new space,” Frank says. “We were quoted a moving estimate of around $35,000, which is obviously a lot of money. We have raised a little over 20% of that, though our overall goal is $125,000 to renovate the new space.”

The museum has created a funding drive to support the move and ensure that these artifacts remain accessible.

“The best way people can help is to spread the word and to donate — every little bit truly helps,” she says. “We will also be asking for packing volunteers in the coming month, so stay tuned to our website and social media for more information on that.”

In the meantime, Frank has been working on creating a 501(c)(3) status, which when legally completed will not only make it easier to secure the future of the museum, it also will make any financial support tax deductible.

While the bulk of the collection will be moving to the new site, there is still work to be done on determining what will be included.

“We are still finalizing details around exactly how much of the collection will be permanently displayed and how it will be displayed in the new space,” Frank explains. “Terry Stever has been working closely with us to identify a select few items that we are able to offer up for sale in an auction the last weekend in March. These are mainly things we have multiples of or things we think would be more valuable being used by the community. For more information on items for sale, stay tuned on our website and Facebook page. But as I mentioned, it will not be a lot of items that will be sold.”

[Video] Over 300 Years Of Horseshoeing Literature