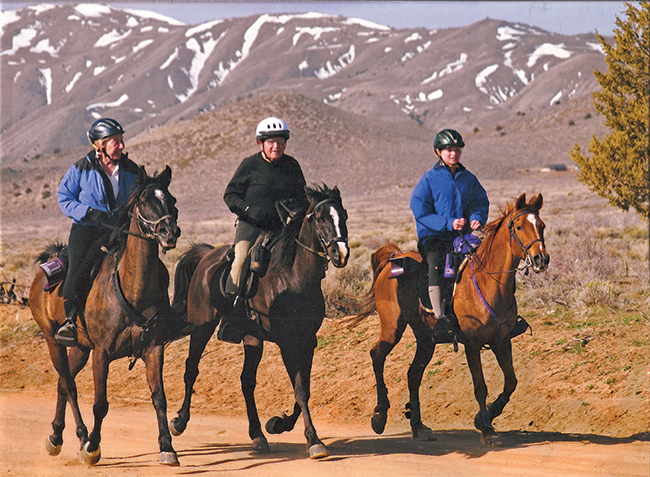 Going The Distance With Endurance Horses

By Jeff Cota posted on September 1, 2014 | Posted in Disciplines & Breeds

Moving targets are nothing new to seasoned farriers. Many, if not most, try to apply a shoe on one every day. Yet, those who care for the feet of endurance horses might be considered sharpshooters while trying to keep these athletes competing.

When competing, an endurance horse covers as many as 100 miles over rugged, inconsistent terrain such as mountains, rocky trails, sand, grass, rivers and mud.

Those conditions and distances can create an abundance of moving targets.

“Endurance horses are the most complicated equine athlete to shoe,” says Burnsville, N.C., farrier Jeff Pauley. “It’s a nightmare trying to figure out the best way to set up these horses.”

It all starts with conformation, which is critical in endurance racing.

“Conformation can eliminate your horse from the sport right off the bat,” says Vacaville, Calif., farrier Kirk Ad­kins. “If your horse doesn’t have good conformation, you won’t continue. There’s kind of a self-correcting population.”

A horse’s conformation maps the direction that a farrier must take when evaluating all shoeing decisions.

“Conformation dictates how a horse will move,” says Pauley, who has been shoeing endurance horses since 1999. “It’s our job as farriers to give aid when needed and maintain what they have the best we can.”

Before agreeing to take on an endurance horse, Pauley recommends watching them move by assessing it dynamically.

“The biggest thing is you’re looking to see whether it’s sound,” says the for­mer United States Team farrier at the World Endurance Games. “If…