Dozens of farriers set up their rigs Thursday behind Monetta Farrier Specialties Inc. in Ridge Spring, S.C., to receive some one-on-one, hands-on instruction at the 20th annual Spring Fling clinic.

Under a large tent that protected attendees from a daylong spring shower, Conrad Trow drew a crowd as he demonstrated how to forge shoes with concave stock.

“Hit the center of the stock,” the Goshen, Ky., farrier explains while forging the heels. “If you don’t fit your heels up in the beginning, you’re done.”

“When you’re doing any heels in concave,” Trow says, “your shoulder has to be over the material.” 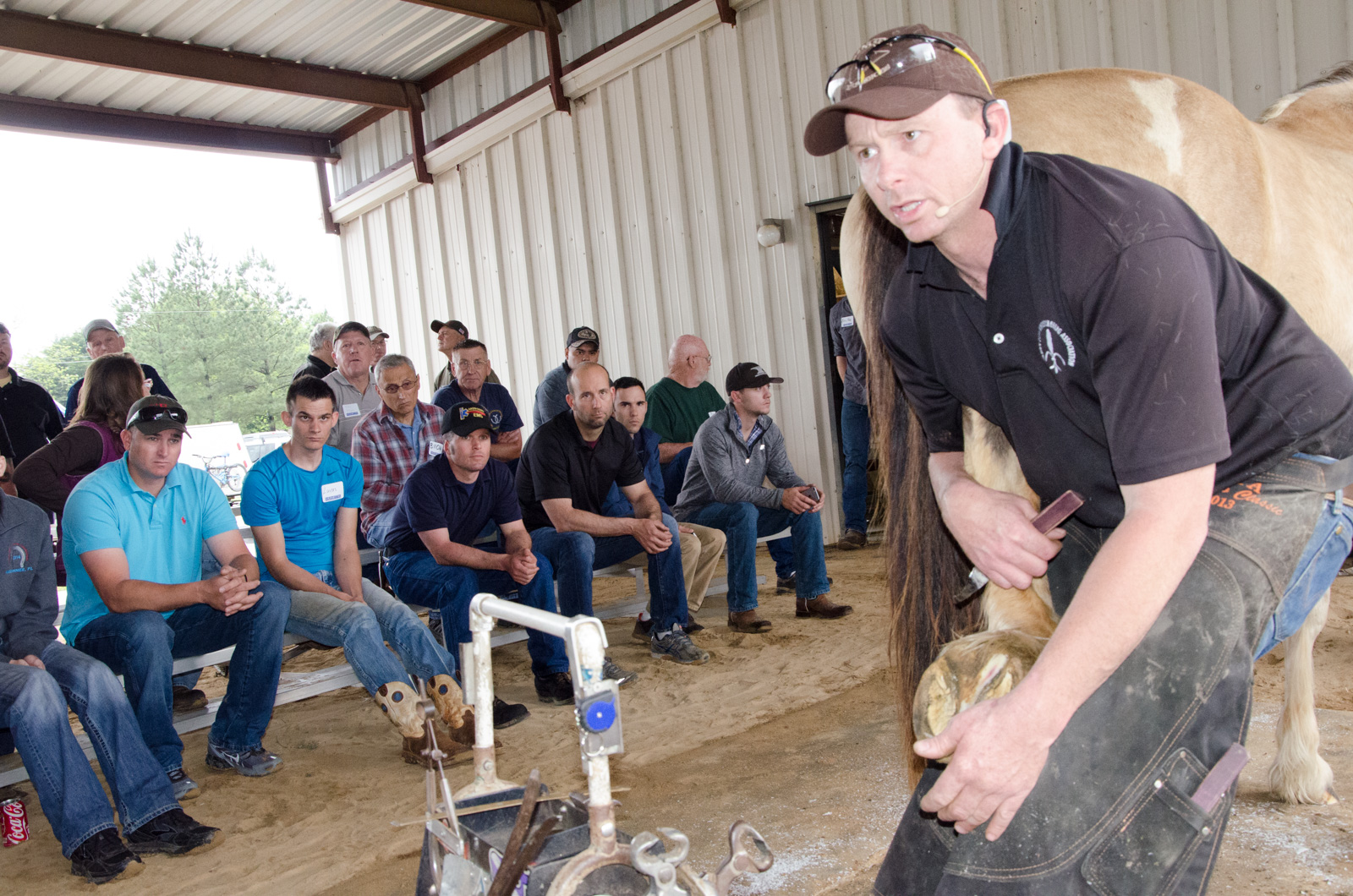 Forging heels, he stresses, is an upsetting exercise rather than a drawing exercise.

“The heel must be thicker than the stock,” Troy says. “So when you level your shoe, it’s even thickness. If you don’t one of two things will happen: either your shoes won’t be level, or you’re going to have a sprung heel.”

Later that day, Roy Bloom gathered a crowd of his own when he repaired several tools for attendees and offered some of wisdom on maintenance and mechanics at the anvil.

On day 2 of the 3-day event, attendees will be welcome two more well respected farriers to the fold — Myron McLane of Somerset, Mass., and Jim Poor of Midland, Texas. For those keeping score, that will bring the number of Hall Of Famers under one roof to five — McLane, Poor, Bloom, Pethick and Wildenstein.