There is a select company of farriers who are universally recognized when referred to by their surname. Doug Butler certainly is one. After more than a half-century of horseshoeing, the Crawford, Neb., farrier has cemented his legacy in the industry as an acclaimed educator, author, speaker and competitor.

Butler is one of less than 1% of farriers in the United States to have earned a PhD, just one of 35 living Fellows of the Worshipful Company of Farriers (FWCF), and is the only person who is a PhD, a certified journeyman farrier and an FWCF. He is also a 1997 inductee of the International Horseshoeing Hall of Fame.

Q: What can you tell us about your family?

Q: Where did you grow up and what was your background?

BUTLER: My parents met in graduate school, and I was born and raised in the East. My mother was a horse-crazy New England girl, so our family grew up going to horse shows. My father was involved in agriculture at the national level. He was from Arizona and had ranching interests there. He arranged for me to go on cattle roundups. Early on, I became committed to learning the skills of a ranch and rodeo cowboy. 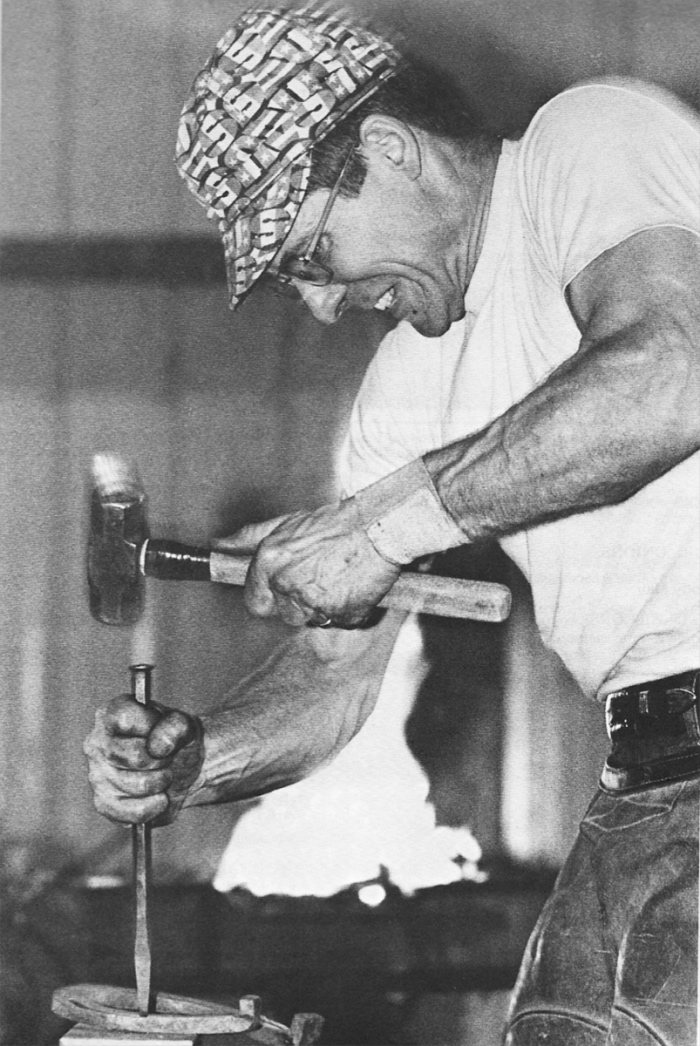 Q: How did you get into hoof-care work and what is your background in this field?

BUTLER: I went to college to study animal science and applied to horseshoeing school. I was accepted at Cal Poly and attended there under Ralph Hoover in 1963. I had previously watched our farrier Buster Conklin and began resetting my own calf roping horse, trimming my mother’s Welsh ponies and shoeing my string of horses on the ranch.

I became very interested in farrier science and craftsmanship and became Mr. Hoover’s assistant teaching short courses at Cal Poly, Montana State and Penn State. I became very interested in farrier research and obtained a Master’s at Penn State and a Doctorate at Cornell. After graduation, I obtained a job at Sul Ross State University in Alpine, Texas, teaching horsemanship and horseshoeing. I went from there to Northwest Missouri State and then to Colorado State. Along the way, I have had many fine students who have become great farriers.

I became interested in writing and publishing when I found there were no suitable modern materials to teach this age-old craft. I first published Iron and Forge Work, a small pamphlet, in 1965 as part of my Cal Poly graduation requirement. In 1974 I published The Principles of Horseshoeing. I did a second edition in 1985 and a third edition with my son Jake in 2004, increasing its size each time. Along with my sons Jake and Pete, we published Essential Principles of Horseshoeing in 2012.

Each year I learned more about teaching the master craft, as it is called in the United Kingdom. After winning a place on the North American Horseshoeing Team in 1980, 1985 and 1986, I returned to England to learn how they teach the craft, as I believed they had the highest educational standard in the world. I took all of their exams, became the first American to earn a Fellowship with the Worshipful Company of Farriers, and used the best parts of their system in my writing and teaching.

Next, I wrote and published Shoeing in Your Right Mind and Six-Figure Shoeing. They deal with subjects that seem to give farriers difficulty and had not been addressed previously. I also published Horse Foot Care to educate horse owners and Laminitis and Founder with Dr. Frank Gravlee and Dr. George Platt. My Cowboy Code book grew out of a program I developed on ethics in business and balancing work and family while a member of the National Speakers Association.

For many years I traveled widely sharing what I learned doing more than 400 clinics in 48 states, nine provinces in Canada and a dozen countries. I also maintained a farrier practice shoeing all breeds of horses. Many were or became World Champions. We started Farrier Focus — the first business conference — when none was available. Today, much good continuing education is available at the International Hoof-Care Summit. Our weekly Farrier Focus Podcast with nearly 50,000 downloads is listened to in 78 countries.

After publishing about a dozen books and two-dozen videos pertaining to improving farrier work and feeling limited in what could be emphasized in a public-school setting, my family and I decided to start a private farrier school. Several years of investigation helped us find an ideal location and facility centrally located in Nebraska. Thus far, we’ve had students from all over the world.

We have designed a sequential training course divided into two parts. We compress a lot of learning into a short time. We emphasize the ABC’s — Anatomy, Balance and Conformation. My experience as a competitor and winner of state, national and international farrier contests has shown me the value of competition to improve skills. However, I also recognize there is a downside to an overemphasis on forging when other aspects of the craft are not covered in depth.

The September/October 1999 issue of American Farriers Journal featured an article I wrote on what to expect in the future in the farrier industry. Many of my predictions have come to pass, others not yet. Since then I have semi-retired and two of my sons have taken the business reins. I get to substitute occasionally and watch my grandkids grow up.

Q: What advice do you have for a young person who wants to become a farrier?

BUTLER: The farrier business is great. It has been very good to my family and me. I encourage young people to take the craft seriously. I hope that they will learn all they can and perpetuate its legacy!