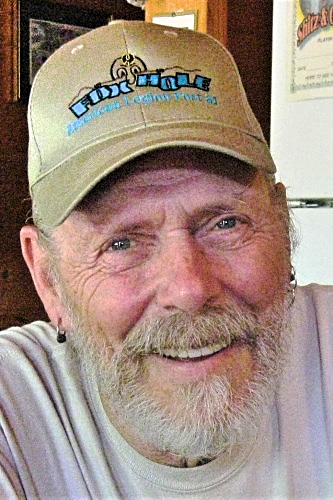 Magnuson served 20 years in the Navy. He was a deep sea diver. His unique qualities enabled him to become a master diver. He also worked as a shipfitter, hull technician and in damage control. He served in peacetime, as well as in the Vietnam War. He did eight tours in Vietnam. He was awarded the Navy and Marine Corps Medal for Heroism, one of the rarest of all military decorations. It’s known as the non-combat Medal of Honor.

After the Navy, his family settled in Casper, Wyo., and farmed and worked on a ranch. Magnuson had done some bull riding in his day and was also very fond of horses. The family moved to Park Rapids, Minn., where Gary started a farrier business GM Horseshoeing & Training, also GM Packsaddlery. He hunted in the mountains on horseback and initiated packsaddle championship races in Dorset, Minn. He ruptured a disc in his back and his farrier career was over.

Magnuson moved to Mauston, Wis., and tried his hand at tattooing, proving to be good at it. He started Bodylanguage Tattooing and Piercing. He business was the first licensed shop in Juneau County. The health department used his shop as the “golden standard” for all other shops in the surrounding counties.