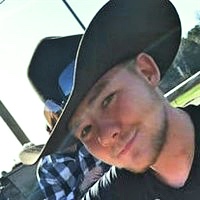 He worked different jobs including Barnum Gate Co. until 2021 to further pursue his passion for horseshoeing. He was a member of the Minnesota Farriers Association Board of Directors. He enjoyed spending time with his horse, horseshoeing, fishing, ice fishing, four wheeling with his dad, and helping friends and family with anything he could. He will be deeply missed by his parents,

“We are very saddened with the news, and our thoughts are with his family during this difficult time,” according to a Facebook post by the Minnesota Farriers Association. “Curtis has been a member for years, and took an active role in the association quickly. He's been in attendance to almost all association activities. One of the first to arrive, and one of the last to leave. He wanted to learn, and wanted to be better.”