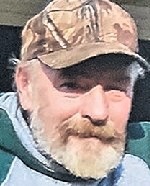 After graduating from Berlin High School in 1965, Piche earned a degree in diesel mechanics from Hudson Valley Community College. In September 1970, Piche married the love of his life Peggy Reckner. The two were inseparable and shared an unbreakable bond for 47 years until her death in 2017.

The couple owned and operated Shady Maple Kennel where they bred cocker spaniels, blue tick hounds, and in later years, Labrador retrievers. The hounds they bred were some of the best hunting hounds in the area. As avid hunters, they competed in hunts throughout the northeast for many years.

Piche was a talented horseman, blacksmith, hunter and storyteller. He enjoyed NASCAR and reading stories about the “Old West.” He would often say that he was born 100 years too late. He retired in 2016 after being self-employed for more than 40 years as a farrier and cattle hoof trimmer. He loved spending time on his clients’ farms talking about animals and politics.

A memorial service celebrating Piche’s life will be planned for a later date.