Times They (Still) Are A Changin’

By Jeremy McGovern posted on November 6, 2015 | Posted in Education

“The only thing constant in life is change.”

Farriery is an art and science steeped in tradition. Within that tradition is a commitment to honoring the basics. Yet, there is always a constant evolution within the system. New products come and go. New theories and research emerge that reshape our thinking about the horse. Some things will never change, but many others do.

October was a noteworthy month for women in farriery. Scottish farrier Sarah (Brown) Beane became the first woman to earn a fellowship in the Worshipful Company of Farriers (WCF), and Nichole Smith of Wichita Falls, Texas, became the first U.S. woman to become an associate of the WCF.

Their gender has nothing to do with why they passed — without question, both women achieved these accomplishments by surpassing the strict standards held by the WCF. Anyone familiar with the centuries-old guild knows that the Worshipful Company of Farriers isn’t in the business of handing out certificates because it would make a feel-good story. 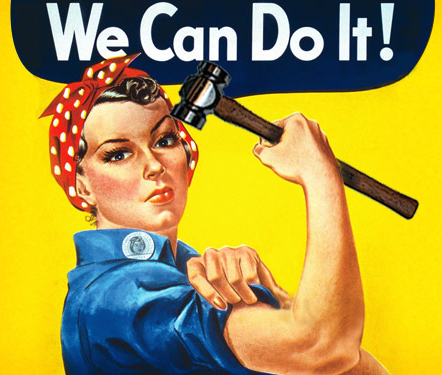 Acceptance of women as practitioners in horseshoeing wasn’t always the case — even in recent history. Talk to someone like Ada Gates Patton. She was the first woman to hold a track license in the U.S. and Canada, earning that distinction in 1977. First trying the East Coast and then Colorado, she met terrible resistance. Searching for an apprenticeship in the early-and mid-70s, she was routinely told no when she approached potential mentors. Not only that, she wouldn’t be allowed to take the track test. And if she did take it, she better not count on passing it.

Out of options, she reluctantly went to California. There she found an opposite culture. Several farriers, most notably Harry Patton, were willing to take her on as an apprentice. She received the training she needed under these mentors and progressed in the trade. Still, she had to earn everything. She took the 6-hour track license, failing it the first time because her toe grab in live shoeing was off by 1/16th of an inch. She passed the exam the second time and started to make her name in the industry.

“Today, the culture has changed and is more accepting,” she notes. “That’s true out here in California, or back on the East Coast.”

Also in the early 1970s, Toni Hanna became the first female to graduate from Cornell University’s farrier program. It wasn’t easy for her. To gain admission, she had to fool then instructor Harold Mower by putting her hair under a hat and convincing him she was a man.  When classes began and the reveal was made, Mower wasn’t too happy. Still he had to let her remain in the program because she demonstrated the ability to flourish in the program. Hanna let her work speak for her and won Mower over. It is important to note that Mower accepted and graduated several more female students from the program in the years following Hanna.

There is a common theme for these accomplishments — all were earned, not granted. For Gates Patton and Hanna, certain obstacles weren’t fair. Yet, like Brown and Smith, they displayed the grit and determination to overcome them. That unwavering persistence also happens to be a requirement if one wants to be successful in this trade. These four women provide an important lesson to any current or prospective horseshoer: Farriery is a trade fond of placing obstacles in your way no matter who you are. Don’t expect any favors. To overcome these challenges, you better be prepared to roll up your sleeves and put in the work.

A good way to start an argument these days is to ask someone to define “farrier.” How exclusive or broad is the skill set? Do you have to be able to nail on a variety of metal shoes? What roles do modern materials play in this definition? Where do trimmers who use “hoof protection” fall into this?

Although this will continue to be debated, thanks to these four women — and the efforts of many, many more — there is nothing in the implied definition of “farrier” that excludes women.

Can most senior horses be left barefoot when they are no longer part of a riding program?

Some hoof supplements advertise that they support healthy blood flow. Since some folks feel that hooves are dead tissue, why is this important?

I have limited turnout for my backyard horses, so how do I know if they are getting enough vitamin D?