By Frank Lessiter posted on June 7, 2013 | Posted in Education

For decades, the British farrier apprenticeship program has been held up as the gold standard throughout the world when it comes to training horseshoers. Yet the highly regulated program came under fire on April 15 when the British government’s Office for Standards in Education (Ofsted) published a report questioning the effectiveness of the farrier apprenticeship program.

If that news was not bad enough, another British government group, the Skills Funding Agency, announced on May 16 that public funding would no longer be available for new farrier apprenticeships until the concerns had been addressed and corrected.

While there was some discussion that this year’s class of new farrier apprentices could somehow privately fund themselves, that idea was quickly abandoned. As a result, no apprentices, whether publicly or privately funded, will be allowed to start training this summer under the current National Farrier Training Agency (NFTA) program. No new farriery apprenticeships will be available until after the inspection of NTFA, which is not expected to take place until February of 2014.

The British farrier system is governed by the Farriers Registration Act and the Farriers Registration Council. To qualify, farriers must earn a diploma that signifies passage of an examination along with completion of a government coordinated 4-year-on-the-job apprenticeship and additional college training. Only then can they become licensed as farriers in the United Kingdom.

By comparison, neither the U.S. nor Canada has any regulated farrier training, apprenticeship or licensing program. Most farriers in North America prefer not to be involved in a government farrier program.

The Ofsted report criticized the current farrier apprenticeship program for: 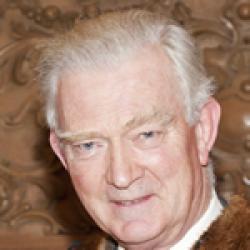 The master of the 700-year-old Worshipful Company of Farriers, Sir Evelyn Webb-Carter, says the United Kingdom’s farrier apprenticeship program is not likely to be reinstated until months after another government inspection takes places in February of 2014.

As a result of the situation, NFTA is developing an action plan to deal with the concerns raised in the report and to get government funding reinstated as soon as possible.

Sir Evelyn Webb-Carter, master of the 700-year-old Worshipful Company of Farriers, says a number of groups involved in the farrier business in the United Kingdom are deeply concerned over these developments.

“I am aware that this will come as an enormous disappointment to the young men and women whose hearts are set on a career in the farriery professions” says Webb-Carter in a statement from the group. “I can assure you that the Worshipful Company of Farriers, the Farriers Registration Council, the British Farriers and Blacksmiths Association and the colleges are committed to creating a new training model that will provide a better training experience for all concerned.

“For our part, we are working toward a compulsory test for all Approved Training Farriers to assess their ability to teach and train, which would be supported by an appropriate course which will train the trainers.”

The statement from Webb-Carter concluded by stating that, “Apprentices of the future can be assured that the farrier profession, for which the United Kingdom is justly renowned worldwide, is in safe hands and that the training, when it becomes available, again will be greatly improved.”

So while most of the concerns concerning farrier apprentices in Britain will likely be worked out over the next year or two, some of the program’s problems and limitations have surfaced. On the other hand, most North American farriers are glad they don’t have to operate under the same rules and regulations. Yet some shoers believe that more government regulation of farrier training, regulation and licensing here in the states would be good for the profession.

Let us know what you think.