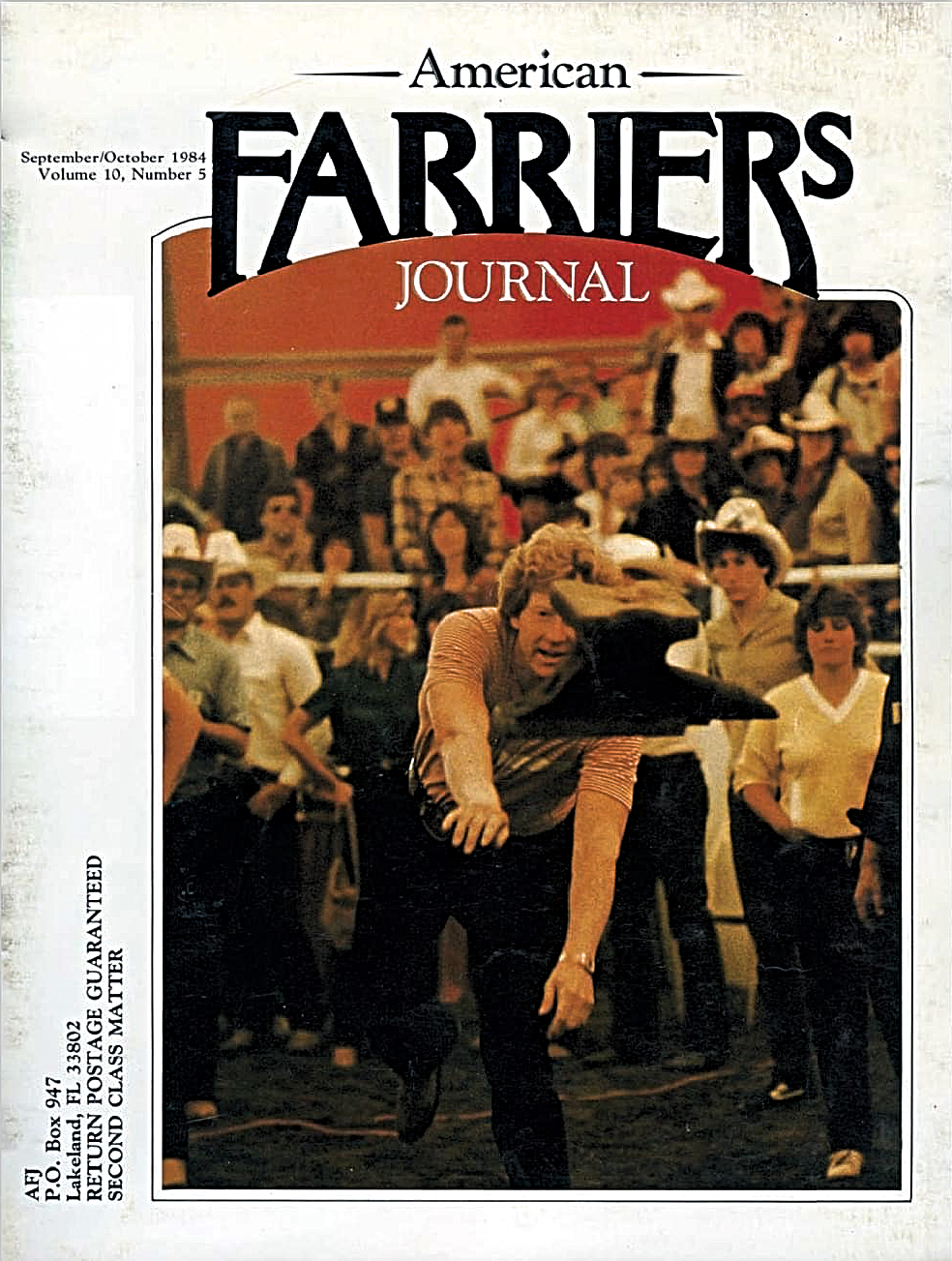 “He is the greatest man I’ve ever known,” says Connor Sloman, APF-I, who is Lance’s son and hoof-care business partner. “Our lives will never be the same without him.”

After attending Oklahoma Farriers College in 1976, Sloman founded Equiterra Farrier Services, which Connor has been leading since 2020. He was a competitor at the World Championship Blacksmiths competition at the Calgary Stampede during its early years, including winning the anvil throwing competition in 1984 (photo at right). He served as president of the Western Canadian Farriers Association in 1990, as well as on the board of regional directors for the American Farrier’s Association. He specialized in hunters and jumpers, but served other disciplines and therapeutic case. Lance and Connor are resident farriers at Spruce Meadows and provide hoof care for competitors at all five CSI 5* show jumping tournaments each year at the venue.

A memorial service will be at 2 p.m. Friday, March 25 in the Congress Hall at Spruce Meadows.