A few years ago, Stefan Sebastiani attended a clinic in Three Rivers, Mich. Speaking with a group of younger farriers during a break, a recent shoeing school graduate asked Sebastiani whether the largest rig in the parking lot was his truck. Sebastiani replied no, and pointed to the SUV he drove from his home in Lake Geneva, Wis.

Sebastiani was curious why the young shoer thought the massive truck and shoeing body was his vehicle. Aware of Sebastiani’s business, the young farrier assumed that it must be an established farrier who would drive an expensive, fully-loaded vehicle.

“He told me that in shoeing school, he learned that a farrier must look like a professional,” recalls Sebastiani. “While that is true about carrying yourself as a professional, it isn’t necessary to go to that extreme with a shoeing rig.”

Sebastiani found out that the novice farrier had gone tens of thousands of dollars into debt because he assumed a new truck and body were required for becoming a professional farrier. With only a few days of work per week, the young shoer would have a difficult time keeping up with that loan payment schedule.

“Don’t sink yourself into debt if you don’t have enough business to sustain what you need to pay,” Sebastiani says. “We start with what we have to drive instead of what we want to drive.”

This conversation impacted Sebastiani in how he looked at his vehicle use. Already 15 years in as a farrier at the time, he had a solid practice working with Saddlebreds, Morgans, Arabians, as well as English and Western discipline performance horses. Covering five states in his multi-farrier practice, Sebastiani decided to focus on cost and efficiency for his next vehicles.

Influenced by farrier practices in Europe, Sebastiani opted for a Mercedes Sprinter 2500 Turbo Diesel as his business’s primary vehicle. Previously, he pulled trailers with an F-150 and F-250. The cost of a new Sprinter van completely outfitted by Stonewell Bodies was significantly cheaper than a base Ford F-150 off the lot. With delays in service for a build, Sebastiani bought the shelves and cabinets from the manufacturer and outfitted the van himself.

The Sprinter gets about 26 miles per gallon, which will take Sebastiani from his home in Wisconsin to a barn he works near Flint, Mich., on one tank. With two doors, two people can work comfortably in the van at the same time.

Running a multi-farrier practice, Sebastiani determined he could better service clients by adding two more vans. For the other vehicles, Sebastiani went with an even more efficient Ford Transit Connect. The Sprinter is the main vehicle for the practice, while the Transits have a lighter set up for handling trims, straightforward shoeing jobs with resets or fronts only, or service calls like tacking on a shoe.

Because of the lighter volume, the Transit didn’t require the addition of a leaf kit. Sebastiani also used Stonewell cabinetry with this van. The Transits get about 21 miles per gallon.

“Switching to the vans made sense financially,” says Sebastiani. “Many farriers only think of themselves as farriers, but not as small business owners. That conversation led me to think more about my business.” 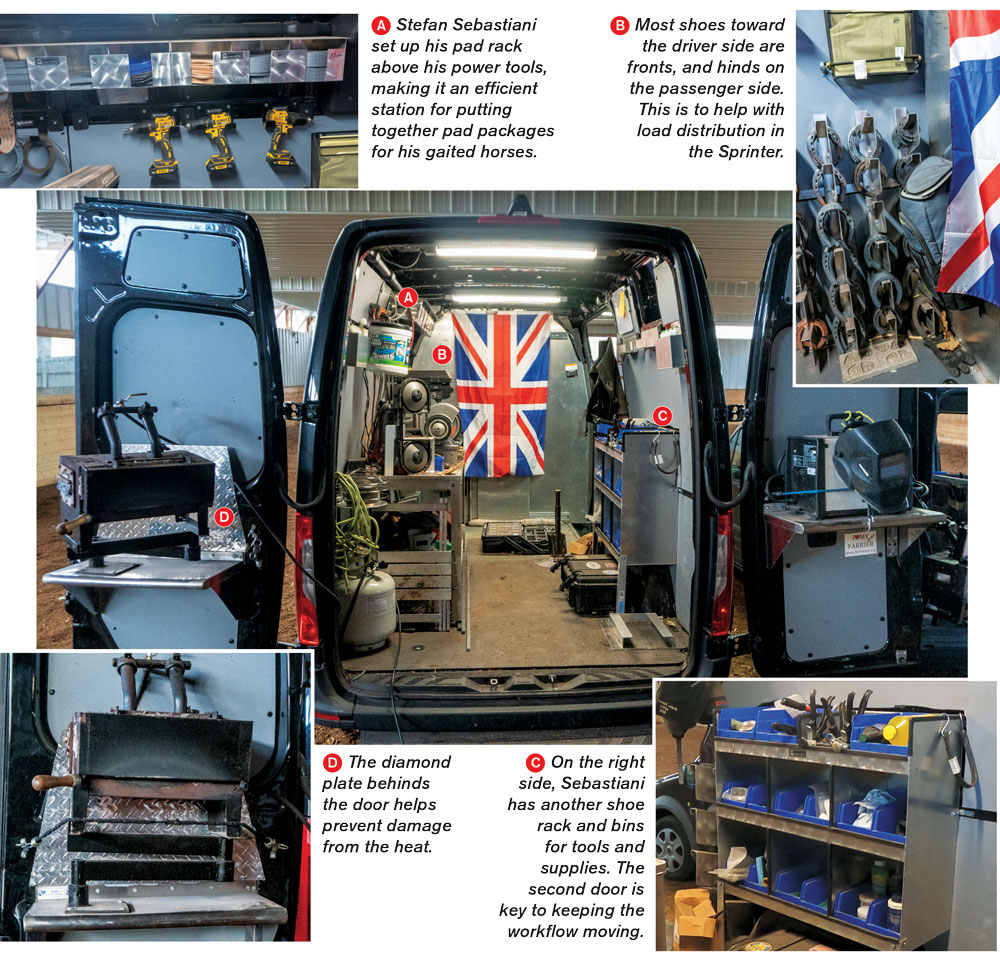 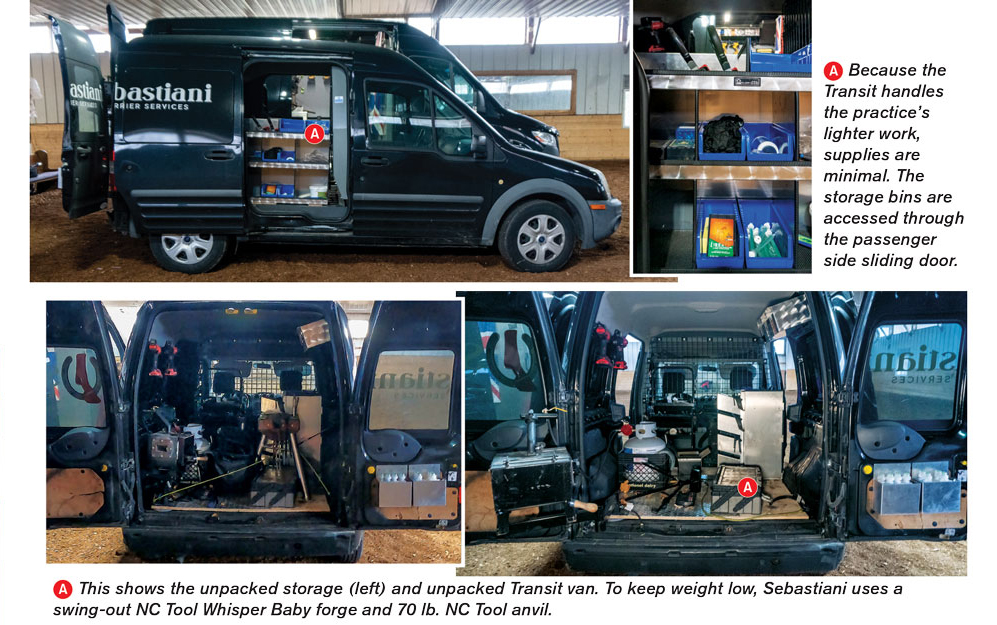 A Guide to Growing and Maintaining Your Business

Advice Beneficial To Any Business