Lexington, Ky., farrier Jerry Poston passed away Saturday, Sept. 5, 2020, at his home after an extended fight with cancer. He was 67. 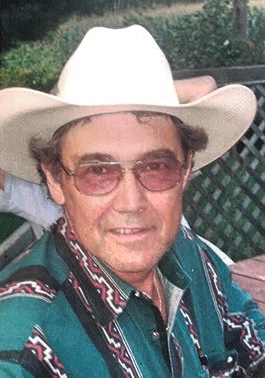 Poston nurtured his love of animals by becoming a farrier and helping ranchers and horse enthusiasts throughout Lee and the surrounding counties. He worked at the Lexington Livestock Commission cattle barn, but kept the horses in shoes.

Poston married Noella Tabone on Oct. 3, 2013. Together they enjoyed gardening, fishing, camping and all things outdoors. He might be best known for his garden, which was always large and productive. “He used to want to feed all of Lexington from his garden,” his wife says.

His friends confirmed his commitment to his work saying, “If anyone would call for farrier work, Jerry would come.”

Others would say that Poston was generous and happy. The last 4 ½ years were hard on his health as he battled cancer. But those around him said he never complained. He didn’t want to be a burden on anyone.

Since their marriage, the Postons traveled North American extensively, enjoying Nova Scotia and many places on the eastern seaboard of Canada. They camped their way around the United States, and enjoyed mostly those areas from Texas to Florida, including Louisiana, Tennessee and many other states along the way.

A memorial service will be at 2 p.m. Sunday, Sept. 27, 2020, at the Lexington Livestock Commission. A private service for the family will be held at a later date.

In lieu of flowers, the family asks that donations be made to the St. Jude’s Children’s Cancer Hospital, his favorite charity or to yours.