The Pressure Of High Stakes

By Jeremy McGovern posted on May 29, 2014 | Posted in Disciplines & Breeds

Next week, California Chrome goes for the Triple Crown in the Belmont Stakes. It is a good story of the horse whose dam was purchased for $8,000 and the ownership with unwavering faith. Oh, and the nose strip. 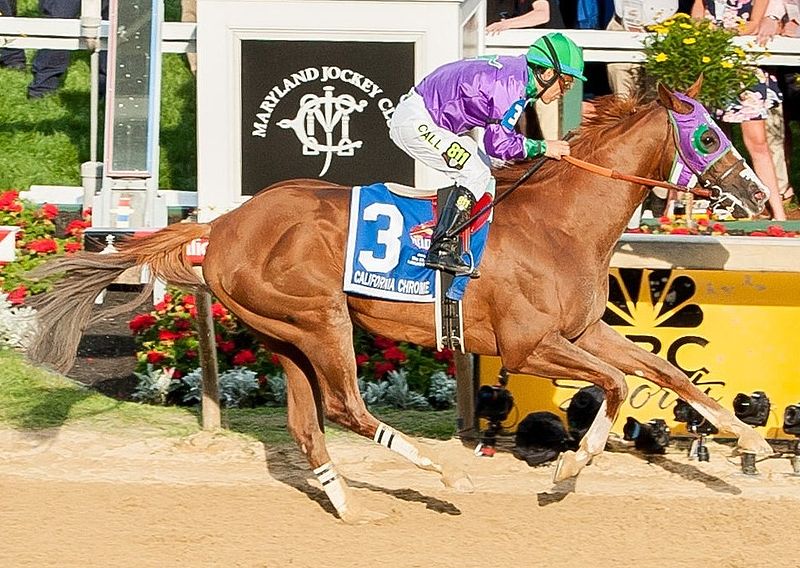 Getting less attention in the press is the work of the horse’s farrier, Judd Fisher. That’s not unexpected. The joke has always been that a farrier never gets attention unless there is a “problem” with the foot.

The horse has won two races on the biggest stage of international attention. Many other farriers have worked with horses prior to high stakes competition. I’ve often wondered whether horseshoers feel any increased pressure when the stakes climb.

In February, we had an interview with Welsh farrier Haydn Price. In this video, embedded below, Price describes the pressure he felt as part of the British Olympic team during the London games. He recalls that as a farrier for 30 years, he had never previously experienced the pressure in the weeks leading up to the dressage competition — pressure he placed on himself. “It was only afterward that I realized how much pressure existed,” he says.

So much of that pressure is with the team approach. London was Price’s third Olympics, and he’ll work the next one in Brazil. But he reflects more on the rider who may only get that one chance to ever compete on that stage. That’s where pressure is added on the team dynamic.

But it isn’t necessarily a negative. Dealing with that pressure, it can generate some self-doubt. Embrace that doubt, because without analyzing your approach, the outcome has the danger of becoming blasé, according to Price.

Nearly 5 years ago, I had a conversation with the late Jack Miller. He had earned the reputation as a farrier who could work with a variety of top-level horses — many horses in desperate need. I asked Miller how he dealt with the pressure of being Mr. Fix-It for these horses with so much money on the line. That was a silly question for him because his approach never changed. For Miller, the horse was a horse was a horse. When you have that attitude and apply what you’re capable of doing as a farrier, the pressure is non-existent.

“I never viewed any horse as different,” Miller told me. “I treated them all the same. I don’t care if it was that little girl’s backyard horse, they all got the same effort from me.”

Farrier Gives His Side Of The Story Following Case Dismissal