Farrier Gives His Side Of The Story Following Case Dismissal

Conspiracy charges against Blake Primm were dismissed on June 1, ending the Sevierville, Tenn., farrier’s involvement in a USDA animal cruelty case. Primm recently spoke with AFJ, explaining how he views this case as a misguided attempt by the government to recruit others in a case against a Tennessee Walking Horse (TWH) trainer.

On April 18, 2013, the USDA raided a Maryville, Tenn., barn that boards TWH trained by Larry Wheelon. According to the USDA, previous claims of cruelty and a secret investigation earlier in April led to this search. Among the items of interest found during this inspection significant to Primm’s story were an empty container of impression material and a mare wearing padded shoes with impression material in the right forefoot. This mare’s foot is where Primm’s involvement began.

That April morning, the USDA contacted Primm and requested that he, as the farrier for that horse, appear at the barn. He agreed to, and appeared within a few hours, accompanied by his attorney. The USDA asked that Primm pull the shoe, concerned by the presence of impression material. According to Primm, a farrier accompanying the USDA reported that he only works with Quarter Horses and isn’t familiar with Tennessee Walking Horses. Because he lacked confidence in his skillset and knowledge to remove the shoe and package, that farrier requested he needed Primm do so. Primm pulled the shoe, which had been nailed on about 4 to 5 weeks prior. Impression material had been used as part of a plan to address the horse’s recovery from an earlier abscess. 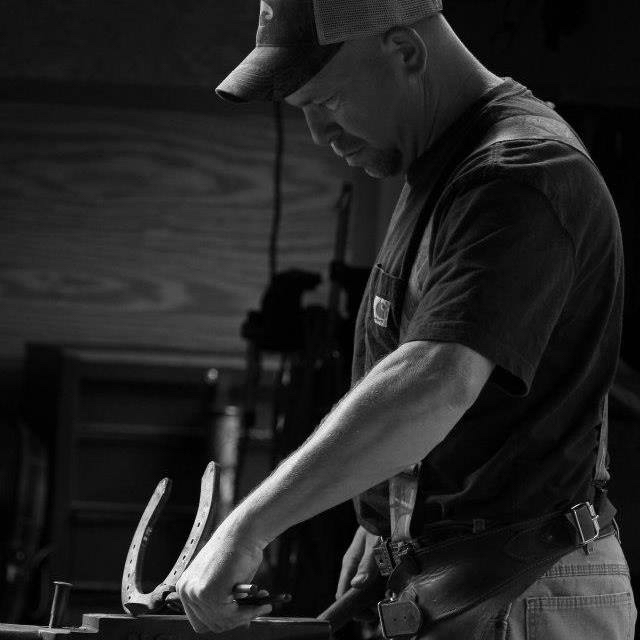 According to Primm, none of the USDA representatives were knowledgeable in equine footcare and the application and usage of impression material. “I gave them the instructions from Equilox on how it is used,” he says. The mare was hoof tested and X-rayed by two USDA veterinarians and no soring was found. Before the USDA dismissed Primm, they requested his cooperation in the investigation, which he says was demonstrated by pulling the shoe and instructing on why impression material was present.

Two weeks later, USDA special agent Julie McMillian, who led the search at Wheelon’s barn contacted Primm asking for a statement. While McMillian was more interested in gaining a statement against Wheelon, Primm reports he instead offered insight on how the USDA should utilize a farrier with a stronger skillset and TWH knowledge in future inspections. Primm had no further contact with the USDA for several weeks.

That changed on the late night of June 16, 2013. “I was in my kitchen in my pajamas and I saw the lights of a police car as it pulled up,” says the farrier. Primm was arrested on a single count of animal cruelty and taken to jail.

Filed with the state of Tennessee, the USDA claimed that the presence and use of impression material was pressure shoeing. This charge remains baffling to Primm. “It wasn’t a problem when they did the tests and X-rays, but now it was?” he questions. Primm was charged along with Wheelon, trainer Randall Gunter and two other Wheelon employees.

Following court appearances throughout 2013 and 2014, the judge finally dismissed the charges against Primm on Aug. 28, 2014. But before he left the courthouse, Primm was arrested along with Wheelon and Gaiter and charged with 18 counts of conspiracy allegedly for discussing pressure shoeing after the initial charges were made. The judge dismissed this second case against Primm on June 1, 2015, for a lack of evidence. Primm believes the USDA was adamant about involving a farrier in the case against Wheelon. During discussions with McMillian preceding his arrest, he explained how the mare’s foot wasn’t a case of pressure shoeing. But he feels the USDA sloppily ignored that explanation, instead hoping involvement of Primm would aid the case against Wheelon.

Today, Primm is focusing on his hoof-care career and putting this case and the thousands of dollars he had to spend on his defense behind him. “One foot on one horse cost me all that money,” he says.

Nebraska Farrier On The Ride Of His Life

Tackling the Human Side of Horseshoeing