Home / Blogs / From The Desk Of AFJ / Thank You for the Haircut, Walt

Thank You for the Haircut, Walt 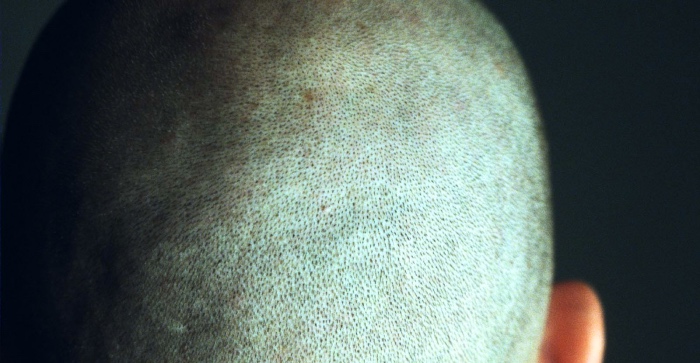 Nearly a half-century ago, a young man took a chance on himself by leaving a well-paying job in the steel mills of Gary, Ind., to learn how to shoe horses.

When Roy Bloom arrived 973 miles later at North Texas Horseshoeing Institute in Grapevine, Texas, Waid Benson was there to greet him. Benson recently had retired as the shoeing instructor at Fort Leonard Wood in Missouri. Of course, Bloom’s gamble paid off handsomely. But, like most horseshoers, his road to success had a few bumps along the way. Bloom’s first bump was Waid Benson.

“When he hit that school, he was Sgt. Benson, and that’s the way the school was run,” Bloom recalls. “When I come strolling down there from Northwest Indiana, my hair was a little longer than he was used to. That was a struggle. He could not get past my hair. So, he kind of just ignored me.”

The cold shoulder persisted until Bloom hit a brick wall with one horse.

“I’m trying to shoe one foot,” he says. “That’s all, just shoe this one foot. I don’t know how many trips I made back and forth to that anvil. Back and forth, back and forth. I couldn’t get it to fit.”

These trips weren’t just a few feet. They were a journey. After leaving the horse, Bloom had to go through a building, across the driveway and into the shoeing shed.

The frustration is mounting and while making another trip back to the anvil, Benson takes notice while standing at the door to the shop.

“You know, this horseshoeing would go a whole lot easier if you’d get a haircut,” he tells Bloom.

Steam is now coming from Bloom’s ears. You can almost hear a whistle, like a boiling tea kettle.

“What does my hair have to do with this?” snaps the young Bloom.

After a few more trips, the aggravation became too much. Bloom gave in.

Benson’s response was swift. He turns to the class and says, “Alright you guys, early lunch.”

Returning his attention to Bloom, he says, “You, get in my truck.”

Off to town, the pair goes to a barbershop. When they walk in, Benson points. “Sit right there.”

Grabbing a nearby chair, Benson picks up a newspaper, snaps it open and holds it in front of his face.

“What do we got here?” asks the barber.

“One of mine,” Benson replies succinctly.

The low hum of electric clippers fills the room as the barber goes to work.

“Every hair comes off my head,” Bloom says. “Every hair. Shaved me down.”

When the teacher and student returned to the shoeing school, a completely different dynamic took place.

“After that, well, he wouldn’t leave me alone,” he says. “Every time I turned around, he was coming over to the anvil and going, ‘No, no, no. Try this, try that, do this, do that.’”

Bloom had unlocked the knowledge that he had been so hungry for. But after completing his lessons at the school, Bloom was in for another bump in the road. He found that the farriers’ world was one of closely guarded solitude. Relationships between fellow farriers simply didn’t happen. And it was by choice.

“Nobody had a horseshoeing friend,” Bloom says. “It didn’t exist. When you pulled into a barn and another farrier was there working, he’d be packed up and gone before you could get out of your truck.”

Farriers were a vigilant lot. Horseshoeing was a tough business, and no one wanted to lose clients. Why divulge valuable tips and techniques that would help one’s competition? But all that changed in 1985 when Bloom attended his first American Farrier’s Association Convention in Raleigh, N.C.

“Walt Taylor gave everybody a haircut,” he says of the AFA’s founder. “All of a sudden, we’re talkin’ with each other. If Walt hadn’t have dreamed up the AFA, it’d still be the same as it was. He gave everyone a haircut. So, thank you, Walt.”