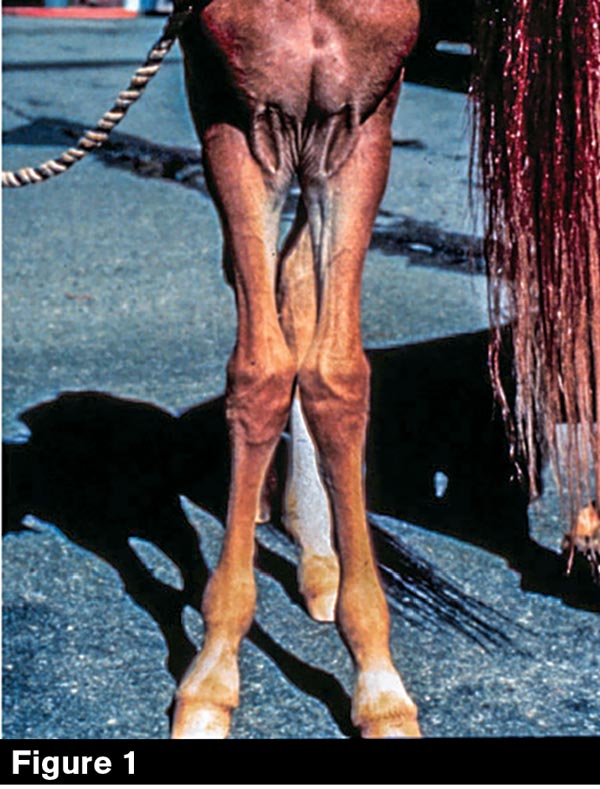 Proven techniques for treating mild to serious deviations in foals

Angular limb deformities in foals are not created equal. Yet, corrections can be made with quick and appropriate farriery and veterinary intervention.

After nearly a half-century of hoof-care experience, including 2 decades as the head farrier at the University of California Veterinary School in Davis, Kirk Adkins has considerable experience with angular limb deformities, particularly in Thoroughbred foals.

Angular limb deformities are limb deviations in the medio-lateral plane. There are three types: valgus, varus and windswept. When valgus, the distal segment deviates laterally. When varus, the distal segment deviates medially. And when windswept, paired limbs deviate one valgus and one varus. The condition can be the result of: premature birth; twin pregnancy; laxity of the ligaments surrounding the joints; or developmental factors such as poor nutrition, too much exercise or trauma.

Carpal valgus is an outward (lateral) deviation of the limb from the normal axis (Figure 1 above). Foals appear knock-kneed, according to Adkins. This is a common type of angular limb deformity, and Adkins saw a lot… Audrey Pavia is a freelance writer and author of 23 books about animals. She lives with a host of animals at her Norco, Calif., home.

Travis Burns, the associate professor of practice and chief of farrier practice at the Virginia-Maryland College of veterinary Medicine discusses his research in patching materials for hoof wall cracks.
View More