That’s what Spring, Texas, farrier Tramail King was doing late Tuesday — trailering horses that were rescued from the deluge generated by more than 4 feet of rain from Hurricane Harvey.

The slow-moving, record-breaking storm — which was downgraded to a tropical storm — has devastated southeast Texas and southwest Louisiana for six consecutive days. The storm is responsible for at least 38 deaths, according local officials. More than 62,000 people have sought refuge in Texas and Louisiana shelters.

King has been busy from “sun up till sun down since Thursday [Aug. 24]” organizing and rescuing horses from the storm.

“This is what I do,” he told American Farriers Journal. “I’m a farrier. Horses are my passion. What I did in this situation is what I do everyday. There’s just water added to it this time.”

King has rescued about 2-dozen horses to this point and will continue to do so until he’s not needed. In the meantime, he’s taken in about 15 horses, but he’s not alone. 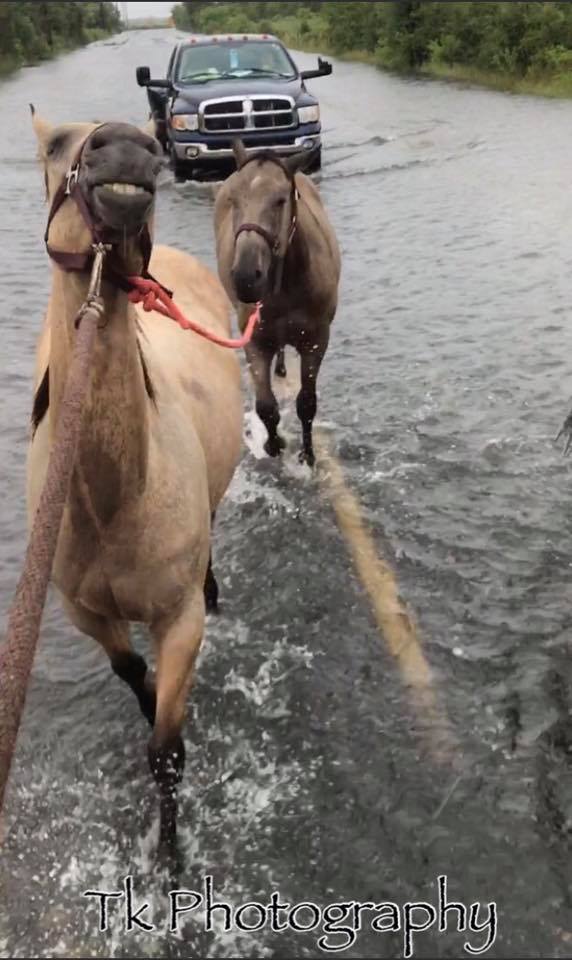 “The farrier community came together to do everything they can for the horses,” he says. “It wasn’t a one-man job. We formed a team and used the social media platform to let others know that horses needed to be saved in one area. Whoever was closest to it would go get them.”

Conroe, Texas, farrier Janelle Monroe is seeking farriers to trim the feet of 37 horses and one donkey around noon Thursday, Aug. 31 at the Lone Star Expo Center in Conroe.

Those who are looking for safe places to take their horses — or even a place to stay themselves — Rosevine, Texas, farrier Ralph Hampton and his wife Tamara are opening up their property. Just call or text (936) 201-6642.

“We have close to 100 acres of fenced pasture and woods,” he says. “We do not flood. We are opening up the ranch to anyone who needs shelter for their mares and geldings. Bring feed if you can and if can’t, your horses will not go hungry. If you want to stay with your horses, bring a camper or whatever you can.”

There are a number of other individuals and organizations — such as the Texas Professional Farriers Association — who are organizing shelter, feed, footcare and other necessary services — including boats to help people who are still stranded. In addition, more help will be necessary after the floodwaters recede. Visit the Texas Farrier Emergency Resources Facebook group for more information.