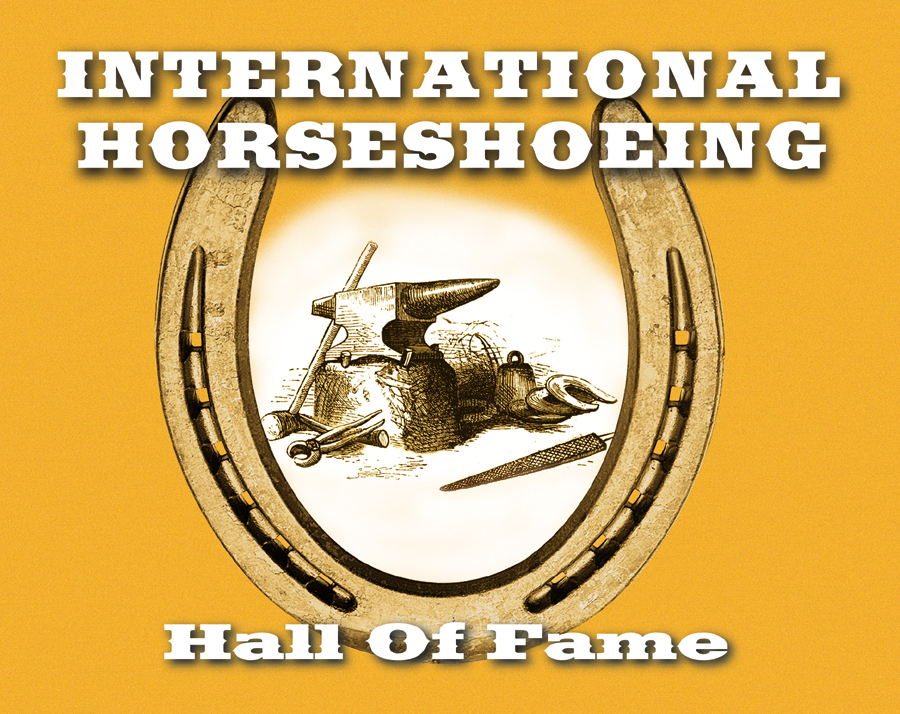 Nine individuals were honored for outstanding careers in hoof care during Hall Of Fame induction ceremonies at the 14th annual International Hoof-Care Summit.

Bell was a soldier in the British Army, serving for several years before joining the farrier corps. Once he became a farrier, he rose to the rank of farriery sergeant major, and ended up running the Army School of Farriery for the British Army at the Defense Animal Centre in Melton Mowbray, Leistershire.

Ivon had a wife and daughter, and was diagnosed with terminal cancer. He tragically died in 2006 and has been greatly missed.

Berger has been the Danish National Champion several times. He also has competed in many other countries with notable finishes. Besides competing internationally, Henrik runs a multi-farrier business with six farriers and one apprentice. Within his business he also has a fully stocked farrier supply business and has designed a line of farrier tools.

He continues to improve himself. He has been to England where in April 2011 he completed the AWCF certification. Berger continues to help improve the overall profession of the Danish farrier by holding clinics and workshops at his place.

Denmark is a small country, but has a relatively large horse population. Henrik’s goal is for every farrier to be properly educated in order to give the best care possible to the client — the horse.

Gatski created many tool innovations such as the Gunner hammer, the bent anvil, cams and experimented with ergonomic handles and forge design as well, before anyone else.

He’s never too busy to stop and help, demonstrate or explain. Gatski always is ready to give of himself whatever was needed!

As an early member of the American Farrier’s team, his skills stood out among his peers. He was always a fierce competitor at the highest level, but always shared his knowledge openly. As a judge, he always challenged the competitors and gave great feedback.

A man who strives for perfection on a daily basis, whether it is horseshoeing, shoe making or anatomy, Rumsby is always taking the time to look at things to see how he can better himself and others around him. He always encourages people to continue with their education as they will excel in their field.

He’s also shod some of the world’s best horses. Continuing to set his goals high, he traveled abroad to events like the Olympics or World Equestrian Games.

Larry Rumsby is well regarded as a farrier, mentor and friend. Yet, with all his knowledge and experience, he remains modest.

A veteran farrier and clinician, Bradley has spent many years working for the betterment of the farrier trade. He has also traveled the country visiting retail farrier shops and participating in clinics as a representative and clinician for G.E. Forge & Tool.

Highly respected for his in-depth knowledge on the care and use of farrier tools, Dan has participated in many farrier clinics and has served as a speaker at many events.

Over the years, Dan has served in a number of leadership roles on both the national and regional level with the American Farrier’s Association. He has also played an active role with the Farrier Industry Association, which represents suppliers to the industry.

Trnka began shaping the minds of farriers and the public perception of shoeing horses early in his career as a fierce competitor and a farrier dedicated to the execution of excellent fundamentals in shoeing and forging. For more than 30 years, his mission of education through competition has helped farriers learn and master skills that contribute not only to more accurate and efficient shoeing practices, but also to a greater sense of ownership among all invested in the trade.

Trnka always pushes the possibilities of making shoes and applying them to horses’ feet. While many competitors filled shop floors with obscure looking shoes in practice for the Specialty Forging in the National Forging and Horseshoeing Competition, Trnka would forge shoes that could actually be used.

In addition to launching the World Championship Blacksmiths, Trnka has also served as president of the American Farrier’s Association. 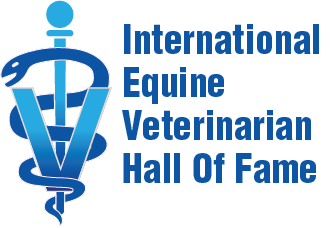 Raised on a commercial cattle ranch in Western Colorado, Fraley had been shoeing horses since age 15. After receiving his DVM, he worked in the podiatry department at Rood and Riddle Equine Hospital in Lexington, Ky. Following that, he started Fraley Equine Podiatry, which is based out of the Hagyard Equine Medical Institute and is proud to be affiliated with the oldest and largest equine hospital in the world.

Fraley sits on the Board of Directors for the Kentucky Equine Humane Center and is also fortunate to work on many of horseracing’s heroes that are retired at Old Friend’s in Georgetown, Ky.

Fraley has been involved in the American Farrier’s Association-American Association of Equine Practitioners Farrier Short Course, which teaches basic farriery and promotes the veterinary/farrier relationship in vet schools. Fraley and his team have worked in conjunction with Pfizer Animal Health to put on podiatry clinics at veterinary hospitals across the country. These clinics foster the veterinary/farrier relationship while teaching modern techniques of equine podiatry. His truck and shop are always open to visiting veterinarians, farriers and students.

Taylor’s passion is equine podiatry with her interest in discovering methods to readjust the load of a laminitic foot to promote healing. Understanding the mechanics of blood flow, weight distribution and local anatomic structures of a healthy foot compared to that of a laminitic foot will allow for treatment management options to be developed to improve the prognosis of horses suffering from laminitis. Integral to her research is the use of advanced imaging.

Renate’s experience includes both clinical practice, as well as university efforts in diagnostic imaging both in Munich and at the Royal Veterinary College (RVC).

Not only is Renate an avid researcher and clinician, but she also enjoys teaching and works to develop new educational methods. She has won the RVC’s educator award three times, and supervised over 100 undergraduate and postgraduate research projects.

The International Horseshoeing Hall Of Fame was established in 1992 to honor farriers from around the world who have made significant contributions to the profession and left a permanent, positive impression on their peers and clients. American Farriers Journal and the Kentucky Derby Museum sponsor the Hall.

Established in 1997, the International Equine Veterinarian Hall Of Fame honors veterinarians who have contributed to the knowledge and recognition of proper hoof care for horses. Veterinarians are nominated as practicing equine vets who work closely with farriers in the field or as college and industry vets involved in teaching and research with veterinary medicine and hoof care.

Candidates are nominated by their peers, trainers, veterinarians, horse owners, friends and family members. The names and qualifications of nominees for both Halls are submitted to members who serve as the board of electors.

The deadline for nominating worthy farriers and equine veterinarians for each of the two Halls Of Fame is July 31, 2017.

To nominate a farrier or equine veterinarian, send a 1- to 2-page letter highlighting the candidate’s accomplishments to: Hall Of Fame Nomination, American Farriers Journal, P.O. Box 624, Brookfield, WI  53008-0624. Nomination letters also can be faxed to (262) 782-1252 or emailed to lessitef@lessitermedia.com with Hall Of Fame Nomination in the subject line.