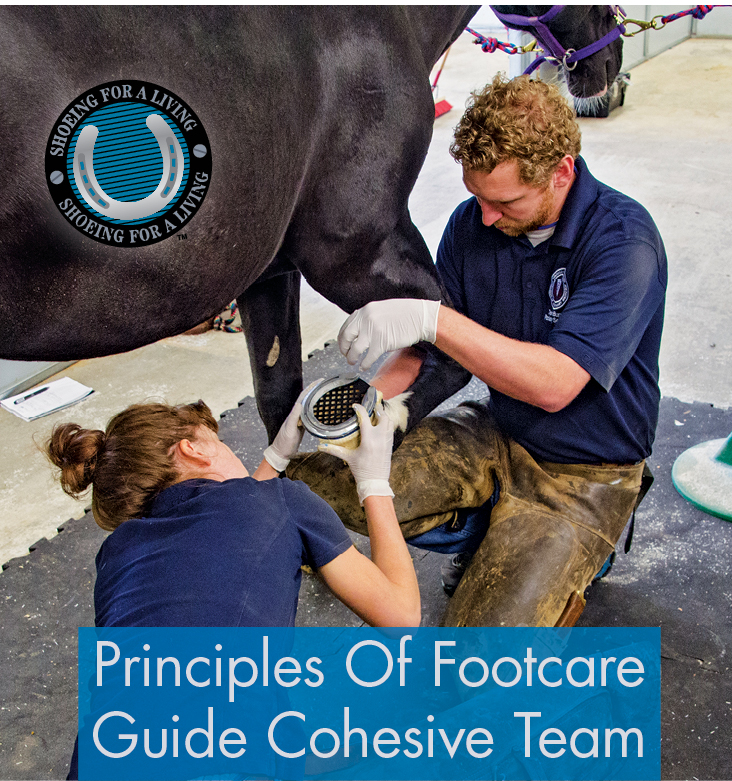 For farrier Travis Burns and the team at Virginia-Maryland College of Veterinary Medicine, successful outcomes rely on each member contributing to a shared goal

Like many farriers, the horseshoeing bug bit Travis Burns at an early age. The Blacksburg, Va., farrier grew up near Asheville, N.C., where his family operated a trail riding business in the Great Smoky Mountains. His initial interest in hoof care was sparked by observing how his uncles trimmed and shod their horses. However, it would be the work of others that guided and drove him toward therapeutic farriery.

His first exposure to therapeutic farriery came while a freshman at the University of Tennessee. Burns recalls venturing into the veterinary teaching hospital, where he then saw a farrier working. Looking back, it was likely resident farrier Dudley Hurst at work.

“He was doing very different shoeing from what I was exposed to,” he recalls. “It made me want to learn more about that level of shoeing.”

Burns then returned to his home state to attend the North Carolina School of Horseshoeing. He then transferred to North Carolina State University to continue his studies in animal science. While there, Burns worked with university veterinarian Rich Redding, who suggested he contact Round Hill, Va., farrier Paul Goodness when asked where Burns could further his farrier education and training.

Goodness had recently created his Forging Ahead internship program, which Burns joined following his college graduation in 2006. Burns considers his time in this practice incredibly impactful as a result of the exposure he gained to sport horses, therapeutic shoeing and research.

Preparation is key when using glue-on shoes. Have all of…

A Guide to Growing and Maintaining Your Business