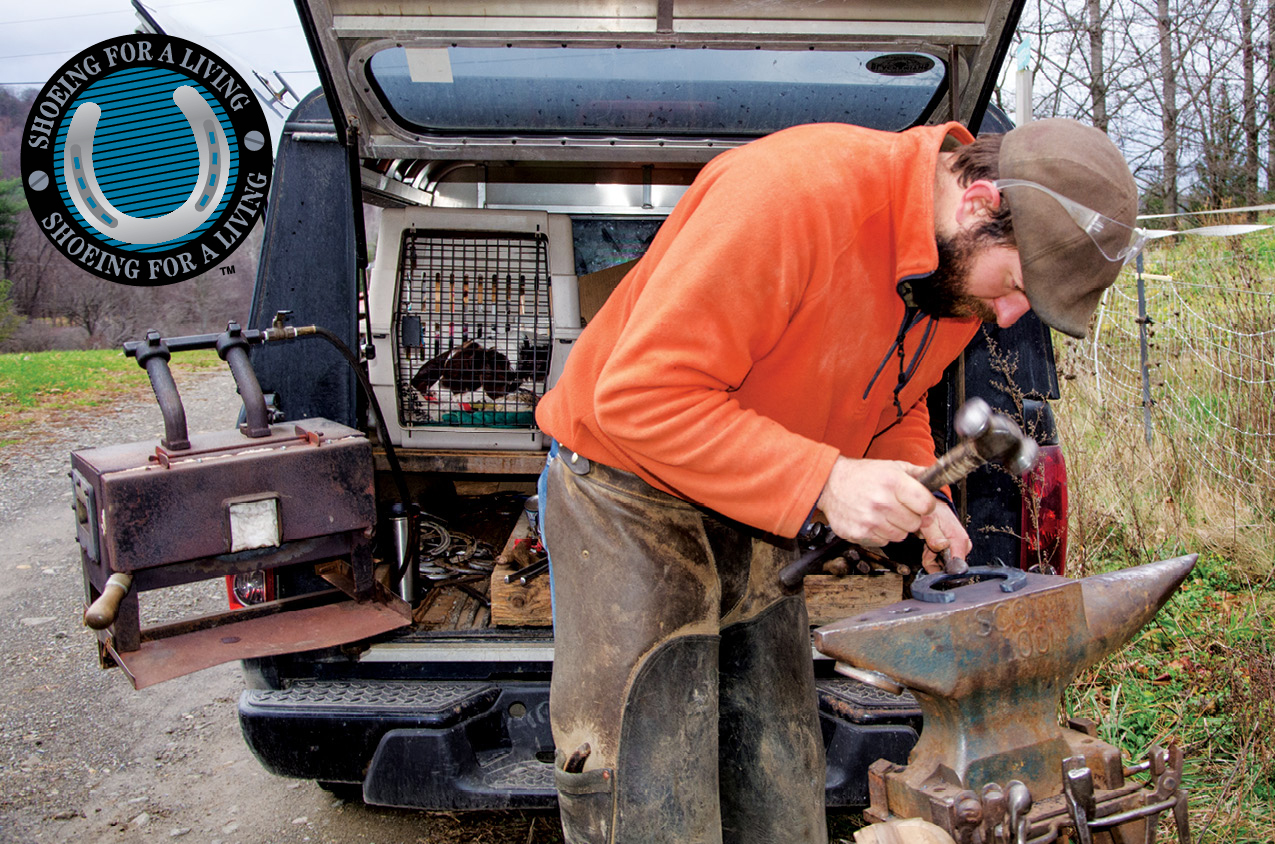 Horses have been a staple in Kirk Smith’s life long before he started shoeing horses in Freeville, N.Y.

He always had horses while growing up in the small farming town of Clark in northeastern South Dakota. He cut his teeth working cattle part-time as a high school student and later during his summer breaks while attending Cornell University in Ithaca, N.Y. Along the way, he broke and trained horses.

“Horseshoeing seemed fun,” Smith says, “and I thought I should have a better understanding of it as a horseman and trainer.”

During his junior year at Cornell, Smith met Steve Kraus, who was shoeing horses at the university’s equestrian center and coaching polo. The future head farrier at Cornell’s College of Veterinary Medicine took Smith under his wing.

“I called him up and asked him if I could bug him,” Smith recalls. “He enjoys teaching, so he’s happy to help people. It was convenient for me to go there when Steve was working and I wasn’t in class.”

When Smith was in class, his studies focused on bio and environmental engineering. Naturally, the intricate system of levers, pulleys, weights and counterweights that’s at the heart of farriery appeals to him.