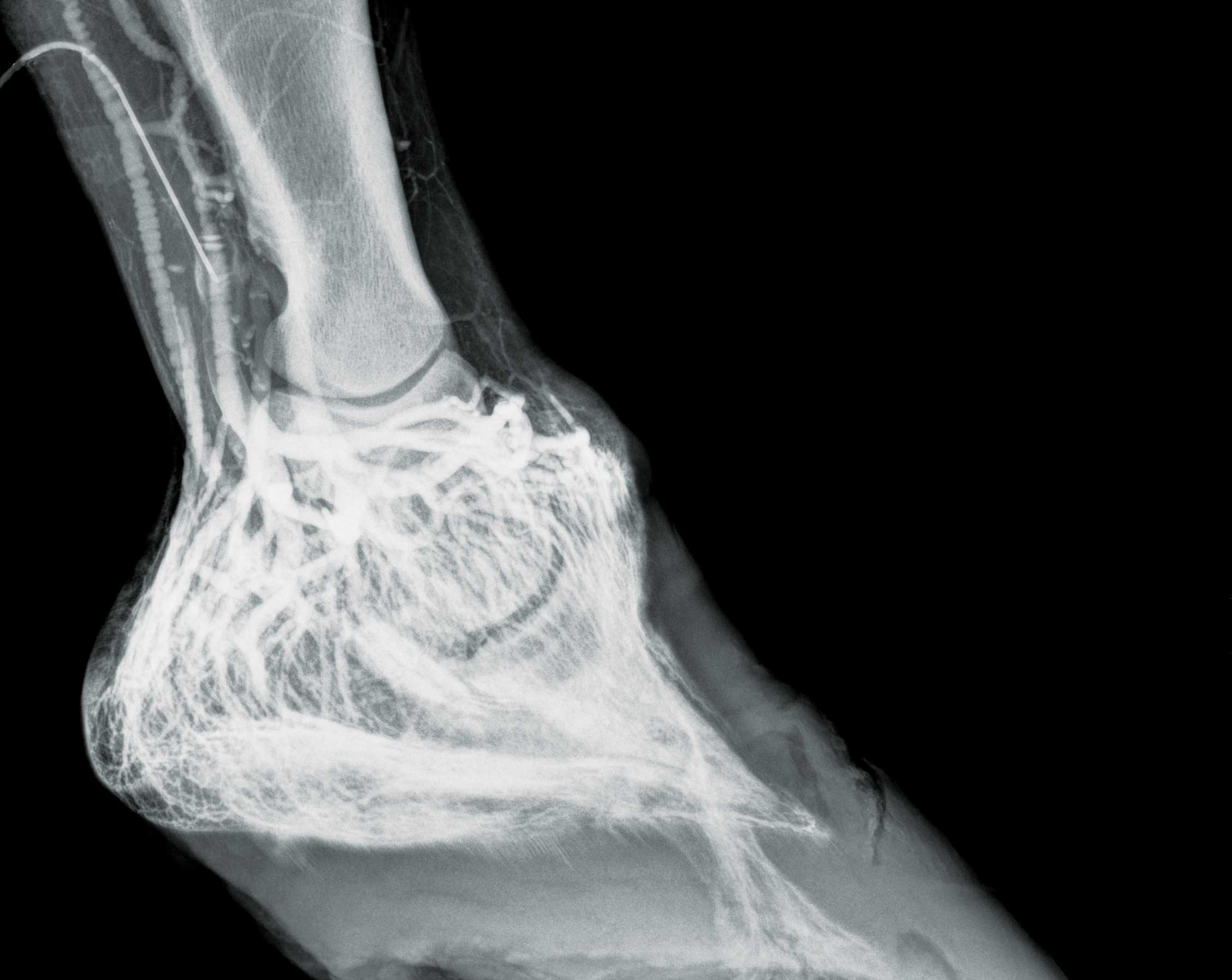 One early November evening, a German physics professor was in his Bavarian lab experimenting with gases in a glass tube when the tube began glowing after a high electric voltage was passed through it.

Wilhelm Conrad Röntgen had discovered X-rays. That was 120 years ago. His discovery won him the Nobel Prize in physics in 1901.

By contrast, equine digital venography remains in relative infancy. It was pioneered on a standing, conscious horse in 1992 by Ric Redden, an equine veterinarian from Versaille, Ky., and Chris Pollitt, a veterinarian and researcher from the University of Queensland in Australia.

The digital venogram uses contrast radiography to assess the vascular status of the equine foot, according to Amy Rucker, a member of the International Equine Veterinarian Hall Of Fame.

“In a nonpathologic normal foot, the venographic appearance is consistent over time,” Rucker wrote in a 2010 paper titled, “Equine Venography and Its Clinical Application in North America,” which was published in Equine Practice. “As compromised tis­sue loses integrity, contrast pattern alterations demonstrate soft tissue pathology that cannot be assessed by traditional radiography.”

The Columbia, Mo., equine vet goes on to state that the venogram is “used to assess shoeing techniques, delineate margins of a keratoma and direct surgeries of the foot. Venography is also used to determine a diagnosis in an acutely lame horse when differentials include excessive trimming with…

A Systematic Approach To Foot Infections