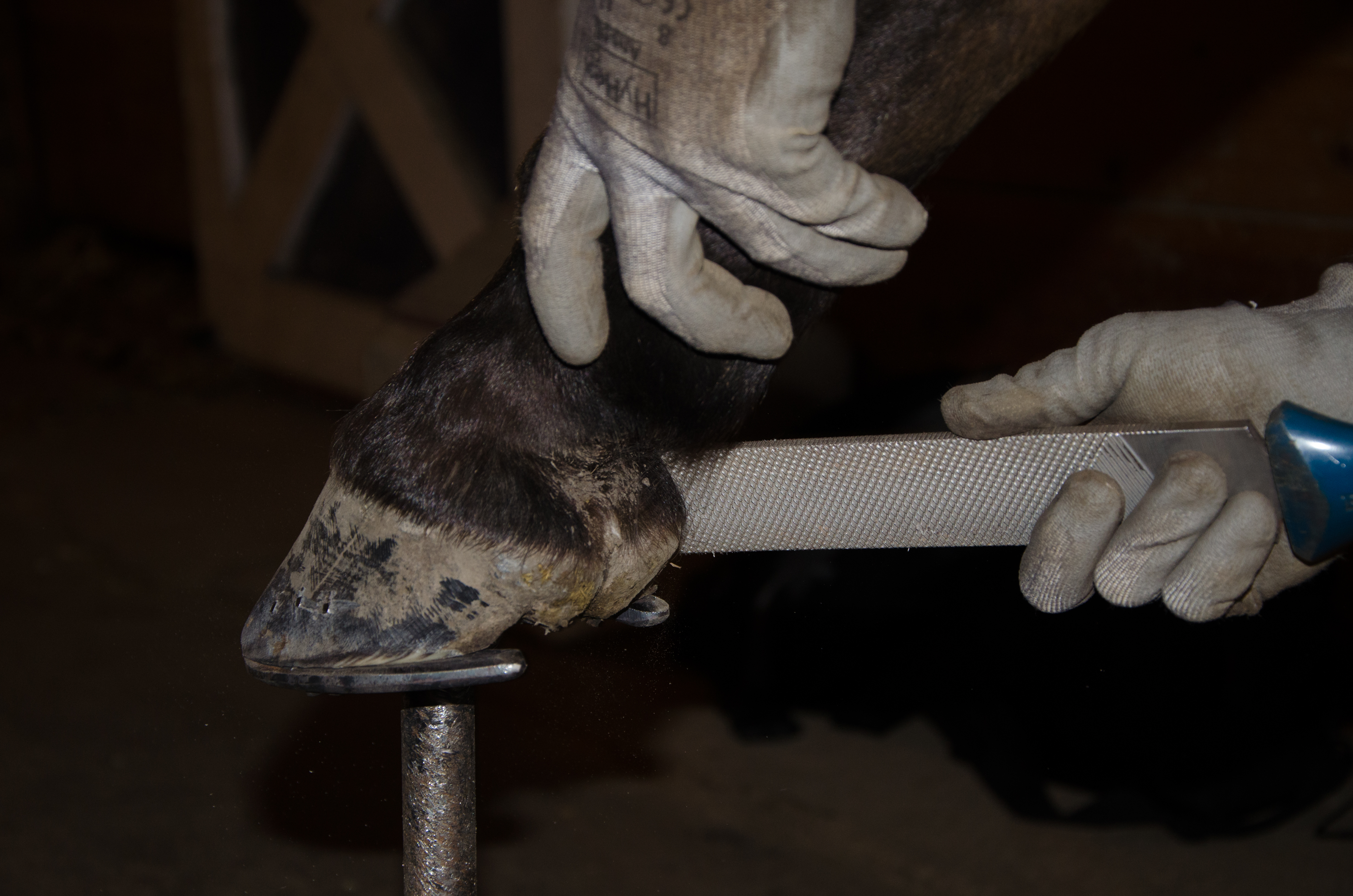 Researchers have mapped the genetic make-up of hoof tissue from three horses to create a resource to help with future laminitis research.

The American researchers conducted their analysis of lamellar tissue from one sound horse and two with laminitis.

Samantha Brooks and her colleagues, writing in the journal BMC Genomics, said that while the genome of the horse had been mapped, lamellar tissue was quite unique and there may be tissue-specific expression patterns that have yet to be identified.

Sequencing data from all three individuals was pooled for assembly in order to capture genes that may be rare or unique to the laminitic state.

Whole transcriptome sequencing of the samples resulted in 113 million reads.

Overall, 88% of the reads mapped to the equCab2 reference genome, allowing for the identification of 119,430 DNA sequence variations known as single nucleotide polymorphisms, or SNPs.

Their work generated around 75,000 transcripts. Transcription is the first step of gene expression, in which a particular segment of DNA is copied into RNA.

The research team said that had successfully generated a transcriptome assembly of equine lamellar tissue. As the hoof was a specialized tissue, there were likely to be unique transcripts in the data that previous work in the field would have missed, they said.

“By pooling data from healthy and diseased tissues, we have captured loci that should be valuable to future differential expression studies.

“This data set represents a valuable tool for laminitis research,” they said, “providing information on both known genes expressed in the hoof, as well as a wealth of previously unannotated transcripts.”

Soft-Tissue Infections A Significant Cause Of Equine Lameness