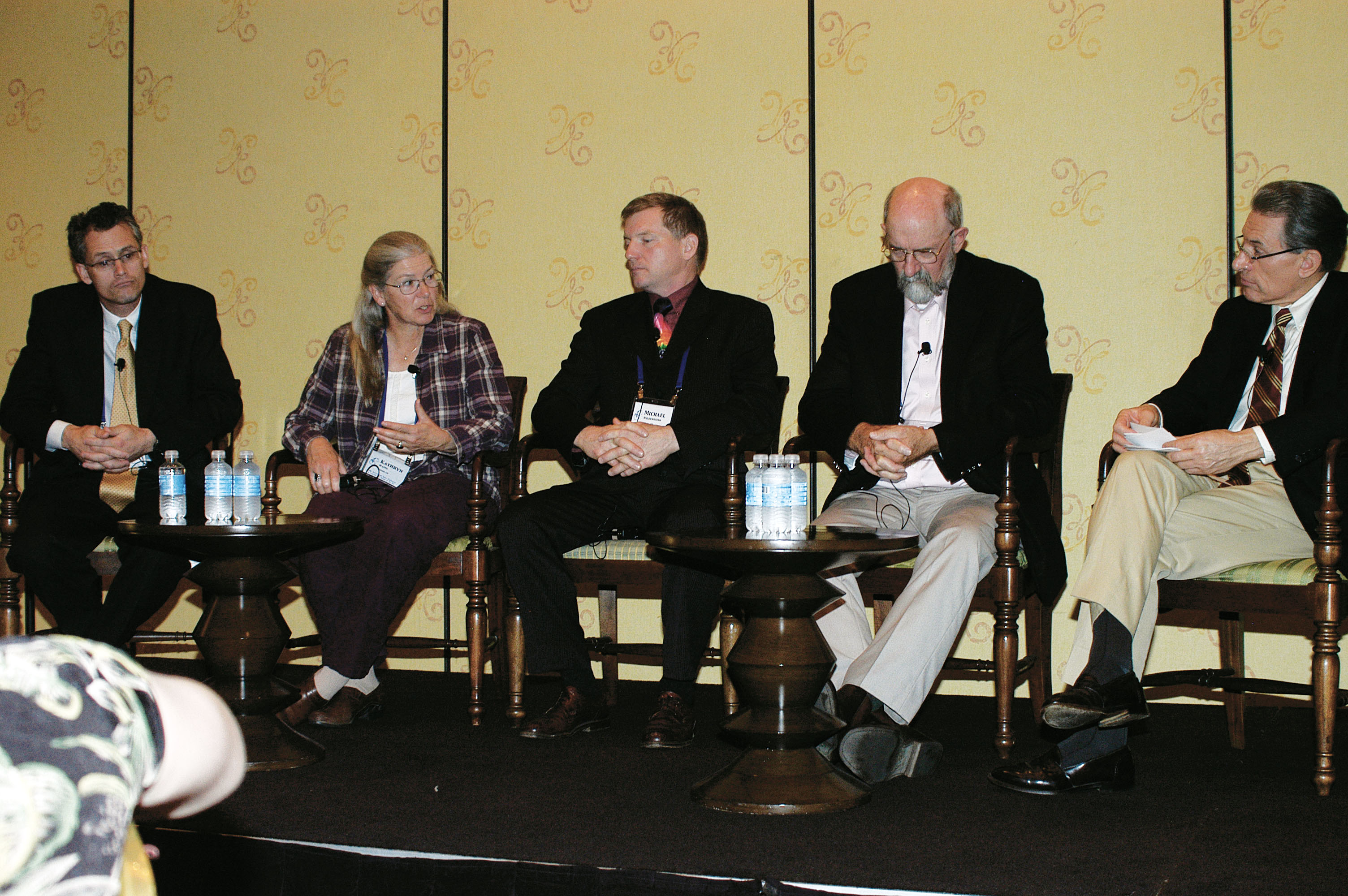 A Wide-Ranging Look at Laminitis

By Red Renchin posted on December 1, 2009 | Posted in Lamenesses

Panelists, left to right, Nicolas Frank, Kahtryn Watts, Michael Wildenstein and Christopher Pollitt with James Orsini during a question and answer breakfast session at the Fifth International Conference On Laminitis And Diseases Of The Equine Foot at West Palm Beach, Fla

Gorgeous sunshine and swaying palm trees were good reasons for visiting Florida’s Atlantic coast, but they were greatly enhanced by the gracious hospitality and extraordinary exchange of equine knowledge at the Fifth International Equine Conference on Laminitis and Diseases of the Foot.

Presenters from all over the world gathered in West Palm Beach, Fla., on Nov. 6 to 8, to brainstorm and compare notes on laminitis and other diseases. The agenda included both scientific and practical presentations, so every aspect of laminitis was addressed.

The Laminitis Institute and John and Marianne Castle sponsor this biannual conference. While Barbaro and Secretariat are probably the most famous horses to have succumbed to laminitis, an obscure appaloosa named Spot may be the catalyst to eradicating this dreaded equine disease.

Spot was the favorite mount of philanthropist Castle. The horse developed laminitis and was treated successfully at the University of Pennsylvania’s New Bolton Veterinary Center by equine veterinarian James Orsini.

Castle became determined that no horse should have to endure the pain and suffering that Spot did. Castle gave a $1 million grant to the university to fund a foundation dedicated to the research and eradication of laminitis.

Laminitis Knowledge Grows, But Still A Long Way To Go