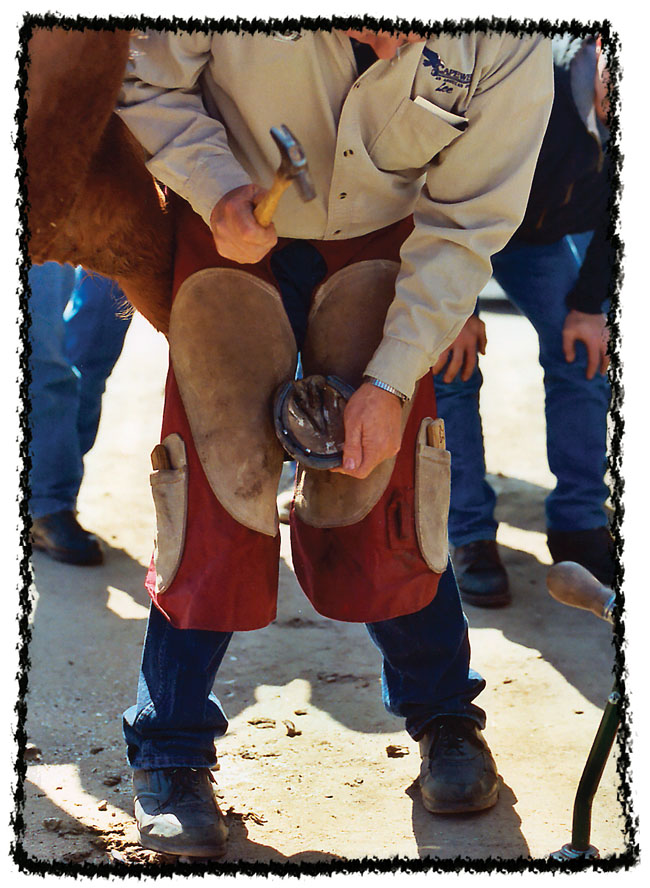 By Frank Lessiter posted on January 1, 2004 | Posted in Equipment

WHEN DRIVING NAILS, Lee Green relies on his fingertips to determine where a nail should exit the hoof. He says it’s a time-saving idea that he’s used effectively over the years.

“With my fingertip, I touch the foot where I want the nail to come out of the foot,” says the Yucaipa, Calif,, shoer. “Then I aim the nail at my fingertip.

“By using this method, I can make every nail the same and save time while accurately driving nails. It’s a simple method that works for me.”

He drives each nail with four hammer blows. Unlike some farriers, Green doesn’t tap the nail lightly, then stop to look to see if it is going in the right spot.

“I start the nail on the forward inside edge of the nail hole,” he says. “I expect it to slide back a little into the proper position. This is the best way I’ve seen to drive nails.”

Green says you need to know exactly what you want to do with each hammer that you use. “I don’t want a hammer to do any more work than necessary and I want to always use it at full efficiency,” he says.

“I hold the hammer at the end of the handle so I can do more efficient work,” he…