1.Alfalfa and the Insulin Resistant Horse

This June 2, 2017, edition of Friday’s Farrier Facts & Figures continues to resonate with readers. It tackles two questions that effect all farriers

How much do farriers charge for trims and shoes?

And, How many horses do farriers and their immediate families own?

I caution against the stress of forage restriction. Some have said free choice forage feeding leads to increased obesity and an increased risk of laminitis. They are mistaken.

During a harsh winter, when the food supply is sparse, wild horses hold on to body fat to help them survive. They do this by having an elevated blood insulin level. When insulin levels are high, the cells cannot release fat.

We duplicate this when we restrict forage, since the domesticated horse responds the same way, as he’s in survival mode. And he holds on to his body fat.

Perhaps it’s because it doesn’t seem to make sense that eating more causes weight loss. It’s not the amount eaten, but the type of food consumed that has the most impact. 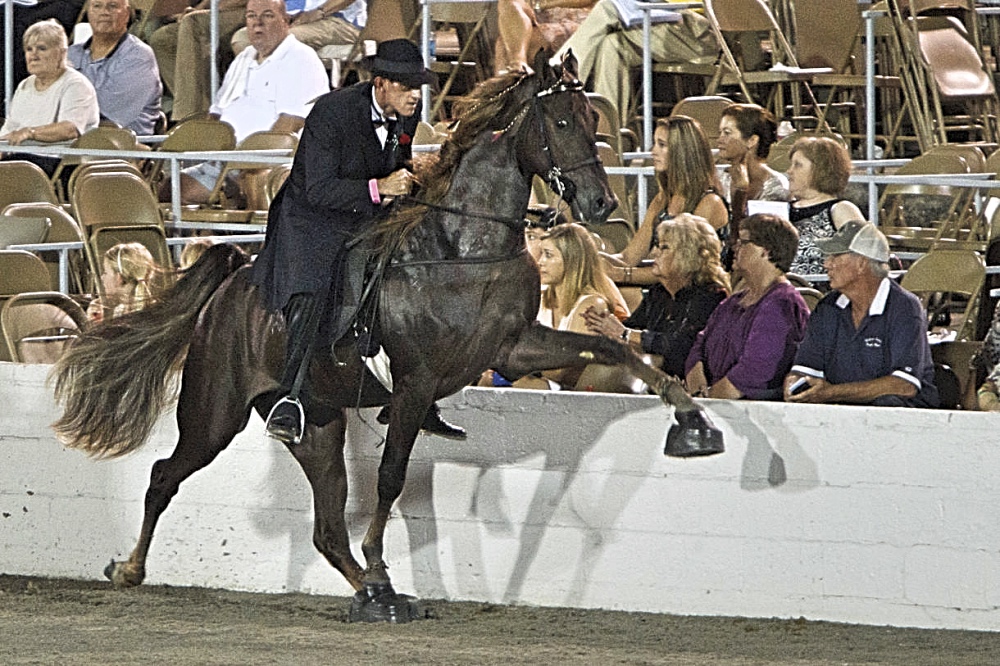 The nomination of a familiar name to President-elect Joe Biden’s cabinet might be a precursor to the incoming administration sidestepping Congress in a bid to end horse soring.

Biden’s transition team officially announced Thursday, Dec. 10, 2020, that Tom Vilsack is the choice to succeed Sonny Perdue as the next secretary of agriculture. Vilsack is a former 2-term Iowa governor who led the United States Department of Agriculture (USDA) for 8 years during the Obama administration.

While hunger, struggling farmers and the economic fallout of thee COVID-19 pandemic will take a front seat for the incoming administration, soring might be an issue that is addressed before the conclusion of Biden’s 4-year term. Soring is the intentional infliction of pain to horses’ feet to achieve a high-stepping gait among show horses such as Tennessee Walking Horses.

Vilsack’s USDA spearheaded a bid to amend the Horse Protection Act of 1970, which prohibits sored horses from shows, exhibitions, sales and auctions Although the federal law was enacted to end soring, loopholes have allowed it to continue. Congress has introduced dozens of bills in an attempt to close the loopholes, but none have gained traction.

5. Hoof-Care Highlights: The Week of December 6

Each day, American Farriers Journal encounters a variety of articles, social media posts, podcasts and videos that offer a unique look at an aspect of the equine industry. Our favorite content for "This Week" is aggregated here. We hope it offers a useful tip to improve your hoof-care business, expands your knowledge by giving you something new to ponder, or entertains you when you need a break most.

6. 6 Keg Shoe Modifications that Save You Money 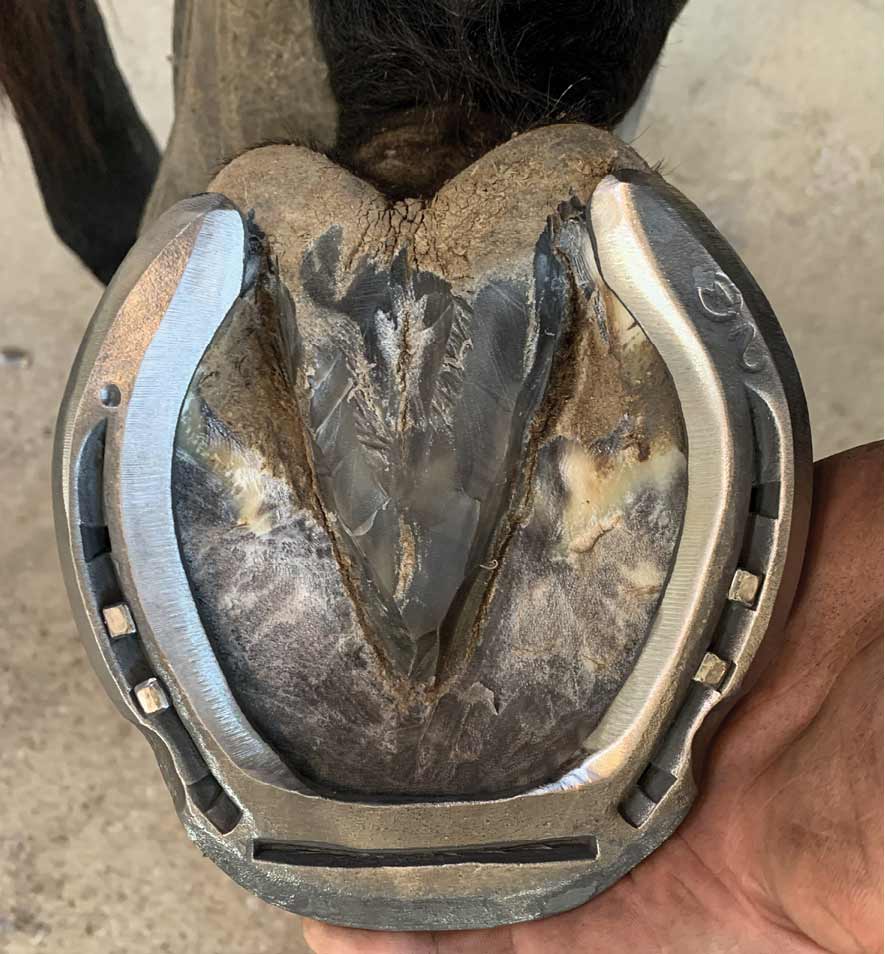 It’s been said that “success doesn’t come and find you, you have to go out and get it.” That’s been the mentality for my farrier business. I’m always striving to do better, learn more and improve.

Everyone wants to make more money than they did the previous year. Through the time of working from my first rig to my current setup, striving to do better has allowed me to eventually become more profitable and improve. I will explain how I decreased my overhead and increased my profit by improving my versatility as a practitioner.

Most farriers use 20- or 30-pound portable vertical cylinders, although some prefer 30-pound or more fixed horizontal cylinders. These cylinders are sometimes described in terms of the volume they hold in gallons. For example, the 20-pound cylinder is often referred to as a 5-gallon cylinder. This isn’t a precise measurement, as a 20-pound cylinder holds closer to 4.7 gallons of propane. It’s more accurate to refer to cylinder sizes by the number of pounds of propane they hold rather than gallons. Propane tanks are filled to 80% capacity, leaving a safety cushion of 20% for gas expansion.

The hoof of any equine athlete adapts to the forces upon it. Looking at a single hoof from different views, a farrier can assess it for levelness and sometimes gain opposing opinions from those views.

Figure 1 is an example. This hoof is a left front. The medial hoof wall (left side in picture) is much straighter and tighter in the heel than the lateral side. Figure 2 is the same photo illustrating where the quarter bends are in each side of that hoof indicated by the arrows on each side. The nail hole at that spot was indicating some trauma, probably due to higher stress in this area of hoof wall. This nail was not abscessed though, and caused no lameness. Also, the fact that nails were driven in the toe area and away from that tight medial heel was probably a good idea. 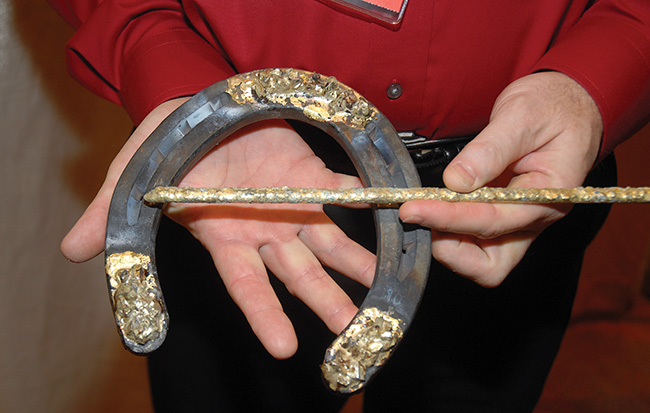 Borium is a lot harder than Jello, but it does have one thing in common with the potluck staple: It’s actually a brand name that typically gets applied to a whole class of products.

Borium is probably the best-known name among the hard-facing products that farriers add to horseshoes for added traction or to extend shoe life. It’s easy for the novice farrier to get a bit confused, so here are some of the basics regarding hard-facing products, drawn from past articles that have appeared in American Farriers Journal articles.