The balance and levelness of the hind hoof has been a key component of “clean” gaited horses for more than 100 years. Having read books written that long ago, I realized that they had many of the same issues back then that we still deal with today. While race times, money earnings, and the horses themselves have massively evolved in that last century or so, much of the same shoeing dilemmas persist. One very prominent part of these problems is the medial toe of the hind feet.

Figure 1 is a very good example of this. Note the hoof wall elevation just inside center of the toe, and the lateral displacement on the outside of the hoof. When allowing your eye to follow the center of the cannon bone down the leg it becomes alarmingly evident just how much more hoof mass exists beyond the outside half of that cannon bone than on the inside. 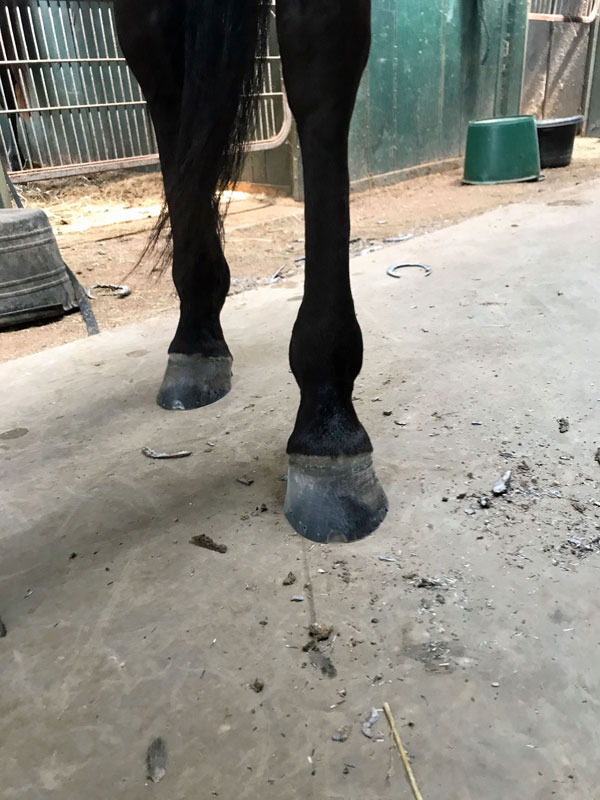 This hoof is a very typical example of the distortion often found in the hind foot of a performance horse. This type of hoof distortion affects gait, interference, performance and has been happening since we started racing horses. In his book, “Balancing and Shoeing Trotting and Pacing Horses,” William J. Moore identified this hoof trait as being responsible for most of the interference between front and hind feet.

When trimming the hind hoof, it will benefit any farrier and/or trainer to be conscious of this hoof distortion before starting the trim. Once you have trimmed the lateral branch without addressing the medial toe, it is impossible to correct with trimming alone. In fact, it is very difficult to correct while staying aware of the distortion. After trimming the hoof in Figure 1, I still could not center the hoof below the cannon bone. Figure 2 is the same hoof after using composite material to the medial side of the hoof. This additional hoof mass gave a much greater ground-bearing area to the medial side, and better centered the hoof under that leg. It also eased the medial toe elevation by decreasing the hoof angle on that side. 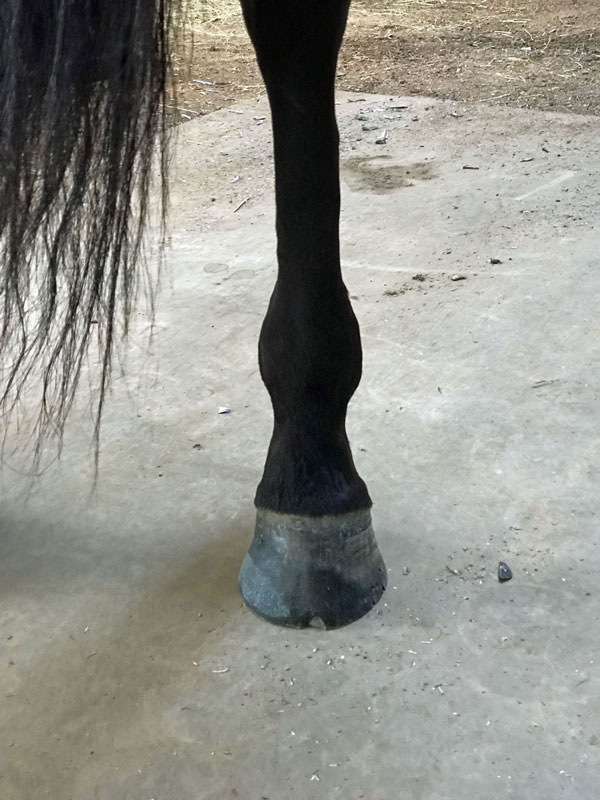 Figure 3 is a more graphic example of a medial toe elevation. When looking at the bottom of this hoof (Figure 4) we see the part of the hoof affected within the two lines I’ve drawn. The trim should begin within these lines to help ease the stress on this hoof and determine how much growth can be removed in other areas. Another way to address this, beyond trimming, is to simply thin the shoe in that area. I prefer a forge and hammer over grinding. This leaves greater strength in the horseshoe than removing material. 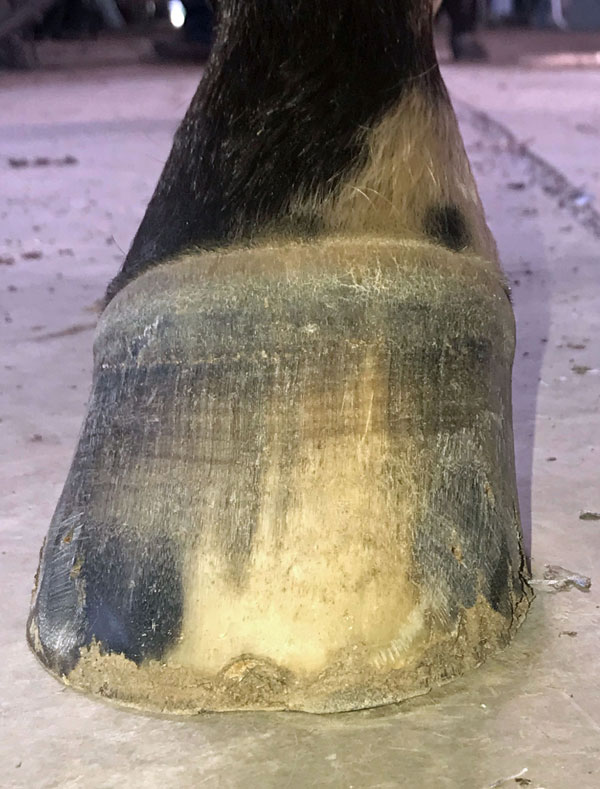 The typical shape of a hind hoof on many performance horses is represented in Figure 4. Notice the longer and straighter inside wall (right side in this view), and the wider and flared outside wall. This is what the bottom of the feet in Figures 1 and 3 will look like and is further evidence to a waning of medial support under the limb. Equal support on both sides of the cannon bone is a critical aspect in shoeing the hind foot of a performance horse given the driving force of those rear legs. An engine that is so powerful should have a stable base. This is true for all manufacturing, engineering and horse racing. 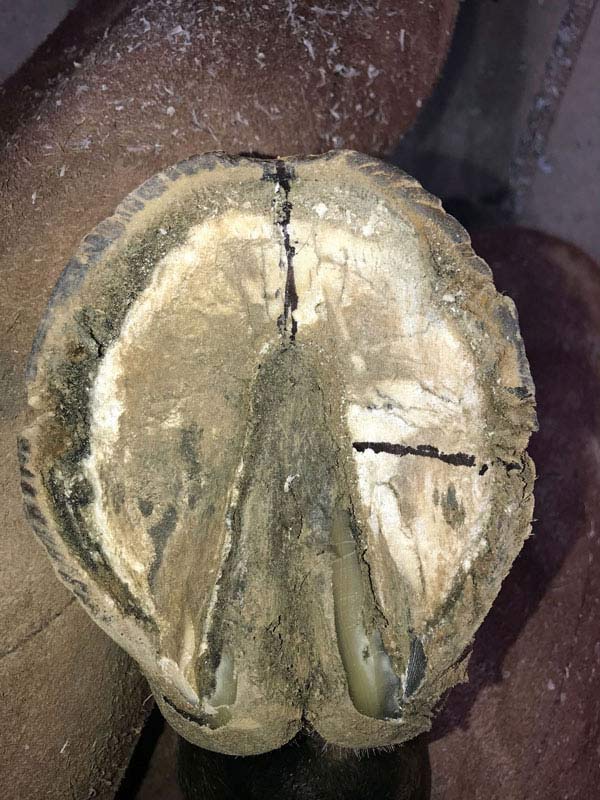 A century of evolution has not eliminated the problems of stress from racing, and it never will. It has given us a racehorse that can better overcome those problems. Human nature being what it is, has left us (myself included) less sensitive to something that isn’t as impactful as it once was. It is, however, no less important to the soundness of these horses and that is very impactful. Becoming more “dialed in” visually to the hind foot, better supporting the engine of racing, and keeping a sounder racehorse will help you turn hoof woes into wows.

“Shoeing and Balancing the Trotter,” by Charles Arthur McLellan

“Balancing and Shoeing the Trotting and Pacing Horse,” by William J. Moore