Saying Goodbye To The Gentleman Farrier

By Jeremy McGovern posted on September 10, 2015 | Posted in Education

It was never a question if you were a friend with Red Renchin. If you didn’t know, that only meant that you hadn’t met him. Your friendship only was waiting that introduction.

Farriers and the horse world lost that friend last week when Red passed away. Among the tributes that poured into Facebook days after his death, I think two sentences from Florida shoer James Gilchrist perfectly sums up Red:

“You were the gentleman of the farrier industry. We all need to learn from your example as a wonderful human being.”

It is hard to separate Red’s life from the impact he made on the horse industry. That’s always the case when someone was so passionate about what they did. Red had built an incredibly successful multi-farrier practice over his decades in the industry. That success wasn’t luck or being at the right place — it was fueled by his limitless passion for horses and their care.

I’ll always remember the enthusiasm Red had for farriery. Even when illness forced his retirement from active shoeing and he became our technical editor, Red never passed up a chance to learn more about the subject. It could be at a large conference like the International Hoof-Care Summit or simply hanging out with Wellington farriers who met for breakfast nearly every morning, he was there to talk shop. More so, he was there to listen.

This passion carried over to the work he did for American Farriers Journal. Any time I called him up with an idea on an article, video, webinar or lecture topic, he would enthusiastically respond with, “Sure, let’s do it!” He would take that idea and jump in with both feet.

I think back to February 2014, when we were at the International Hoof-Care Summit. This year, Haydn Price was elected to the International Horseshoeing Hall of Fame. Red sat down with Haydn for an hour-long interview that was edited into a video. Like any good conversation, the hour flies by in this video because of the dynamic between the two people.

After this interview, Red’s trademark enthusiasm was overflowing. He talked about recording more interviews and began to amass them. That’s Red in a nutshell. He had plenty of knowledge to share — and did — but was so interested in hearing the stories and learning from others as well. Now I think how Red himself should have been in front of the camera as the subject for one of these interviews.

Anytime someone dear passes, we are reminded that our time on earth is temporary. Too often, when someone leaves us, it comes as a surprise and we lose the chance to let them know what they meant. If you haven’t yet, stop and take time to let that mentor know what an impact they had on you. When they pass, you’ll be comforted that you did. 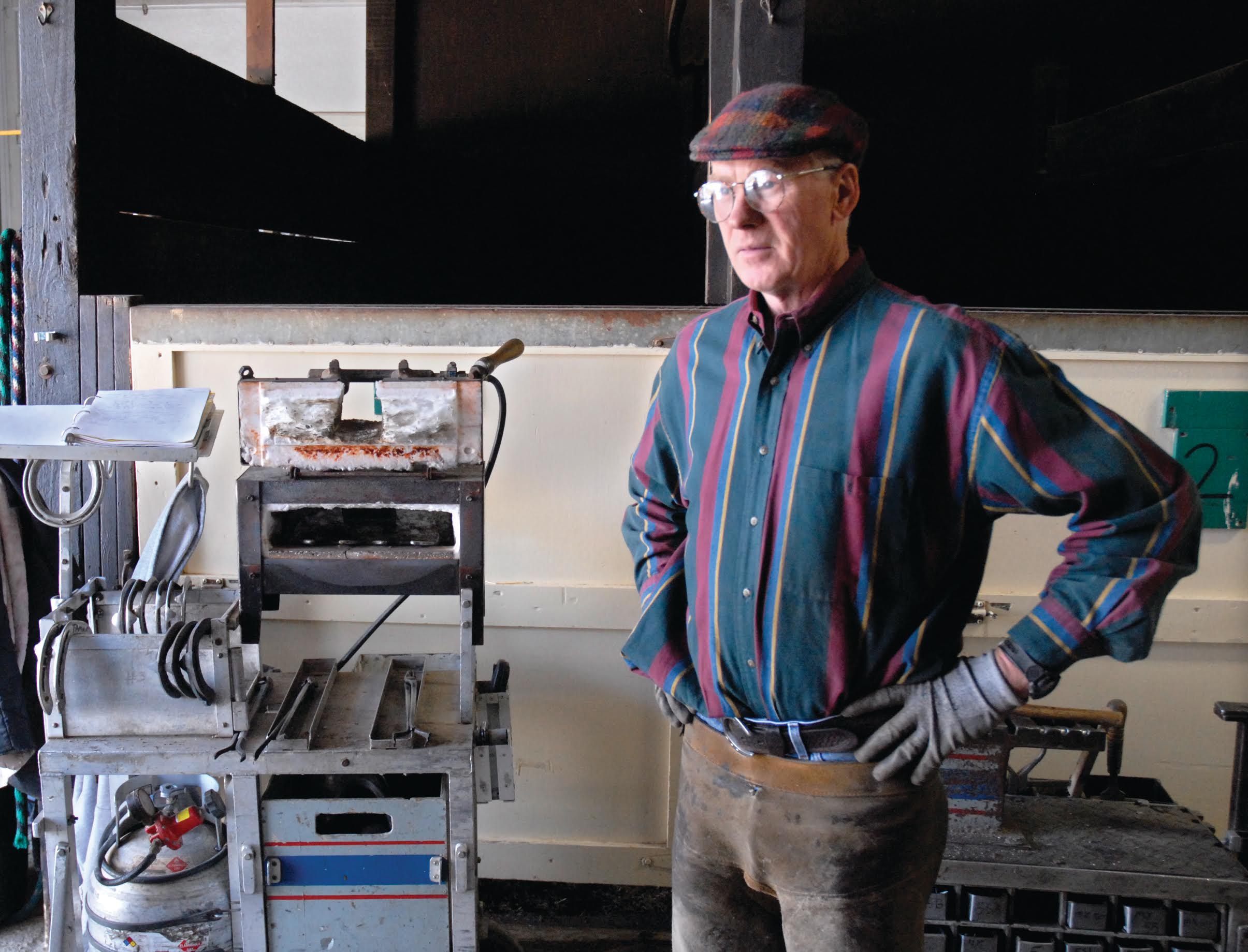 KEYWORDS From the Desk of AFJ Jeremy McGovern Red Renchin

Saying "I Do" To A Farrier