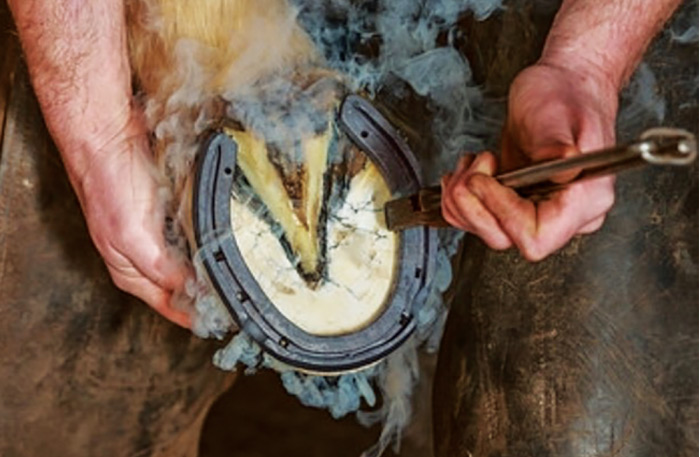 The Beauty Of Bold

Under the right circumstances, using this section could benefit certain horses that you work with

Various horseshoe designs have been found to have had an effect on hoof loading on synthetic surfaces.1 The most common sections used here in the United Kingdom are concave and flat. Bold section was then developed in the United Kingdom in 1984 by Arthur Cottam Horseshoes Co. The primary reason behind its development was the opinion of many that there were no suitable shoes for horses that show jumped and occasionally went hunting.

Bold section is creased like concave, but has an upright inner edge as opposed to a beveled edge found in traditional concave sections (Figure 1). When formed, it has the appearance similar to a fully fullered shoe. The purpose was to provide extra cover on the ground surface of the shoe similar to a wide-webbed shoe, while at the same time providing traction. Initially the shoe was used on heavier cob type horses but soon was applied to sport horses with British show…

Learning the Tools of the Trade

How to Achieve the Benefits of the Bank Robber Horseshoe