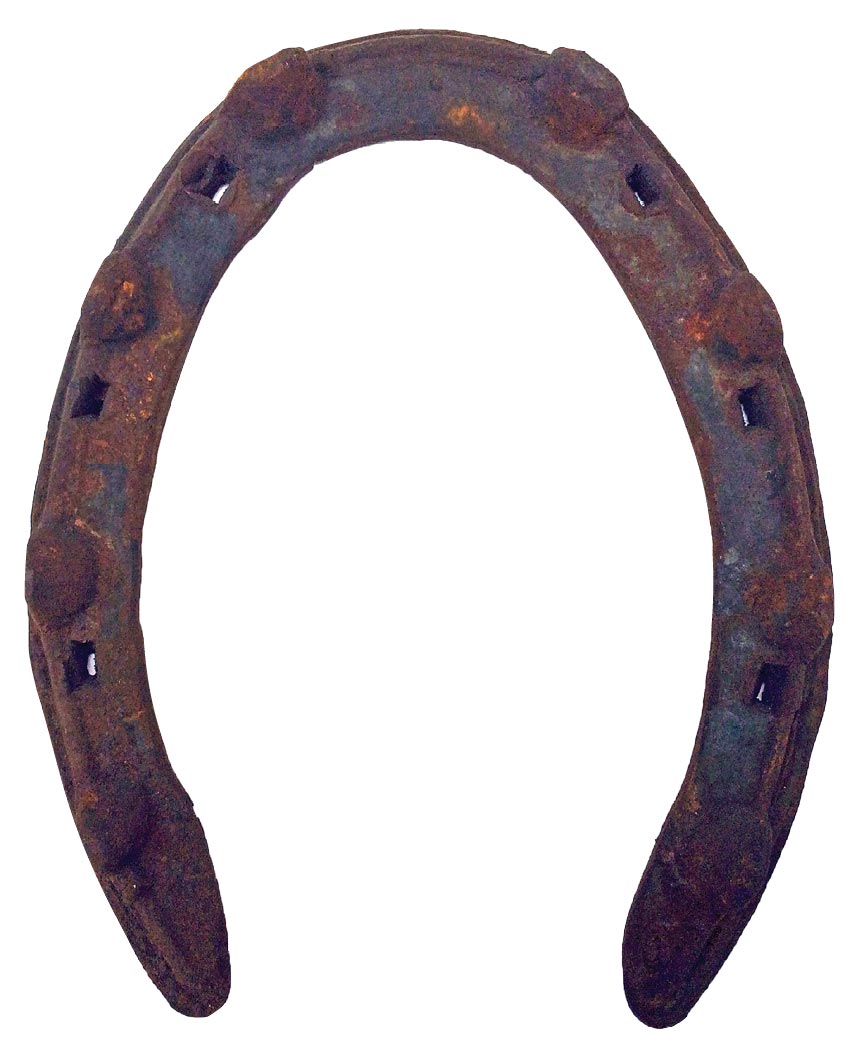 The history of farriery is as rich as it is ancient. It’s believed that migratory Eurasian tribes used horseshoes during the second century before the birth of Christ. As such, a large variety of horseshoes, tools and accessories have been utilized throughout the history of farriery. Some are well known, while others can leave one scratching his or her head. In an effort to promote thought and a bit of mystery, a photo of the item will appear in Briefings, while a brief history will be shared toward the back of the issue.

The shoe was used to improve traction. The pressed shoe is very light and most likely applied to a horse — possibly a Standardbred — that pulled a buggy during snowy and/or icy conditions. Metal calks, which taper down from the outside of the shoe toward the sole, are placed on either side of the toe and continue down each branch between the nail holes until one is placed on each heel.

Thanks to International Horseshoeing Hall Of Fame member Roy Bloom

Do you have a shoe or tool that you’d like to share or want more information about? Submit photos of your item, as well as its history and how it was used to Jeff Cota at jcota@lessitermedia.com.

Premium content is for our Digital-only and Premium subscribers. A Print-only subscription doesn't qualify. Please purchase/upgrade a subscription with the Digital product to get access to all American Farriers Journal content and archives online.
KEYWORDS Buggy International Horseshoeing Hall Of Fame Roy Bloom traction What's This