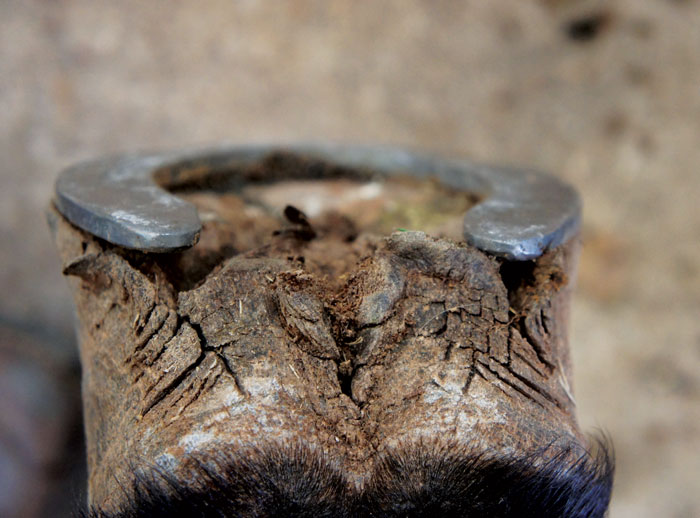 Getting Reiners Through A Critical Year

Genetics aren’t kind to cow horses and reiners. They have the heart and drive, but conformational issues and the rigors of the discipline don’t result in long careers.

“We shoe crippled babies or we maintain crippled babies for a living,” Glenn Spradling told attendees at the 46th annual American Farrier’s Association Convention in Arlington, Texas. “Genetics don’t lie. You can kind of predict what’s going to happen when they breed a mare with bad hips and bad front legs.”

The Campbell, Texas, shoer discussed the cause and effect of slider modifications.

“Let’s just tell the truth,” Spradling says. “I’m going to show you some ways to get a horse through their 3-year-old year. If we can do that, they’re a world champion, a futurity champion or a derby champion, and now they don’t ever have to work again.”

It’s difficult to tell what Spradling is better at — shoeing reiners or making people laugh. He offered plenty of both during his presentation.

“A truck from Arizona brought in this horse for the World’s Greatest Horseman and they said it had been off for 7, maybe 10 days,” Spradling recalls. “They just couldn’t figure it out. So we go to X-ray (Figure 1a) him — that’s a rock (Figure 1b). You can see the pocket right in front of the apex of the frog — right there in the middle of the coffin bone where the rock has been there so long that it’s made its own…

Building Upon a Foundation of Sound Farriery

Efforts To End Soring Travel A Long And Winding Road