By Jeremy McGovern posted on July 27, 2016 | Posted in Disciplines & Breeds 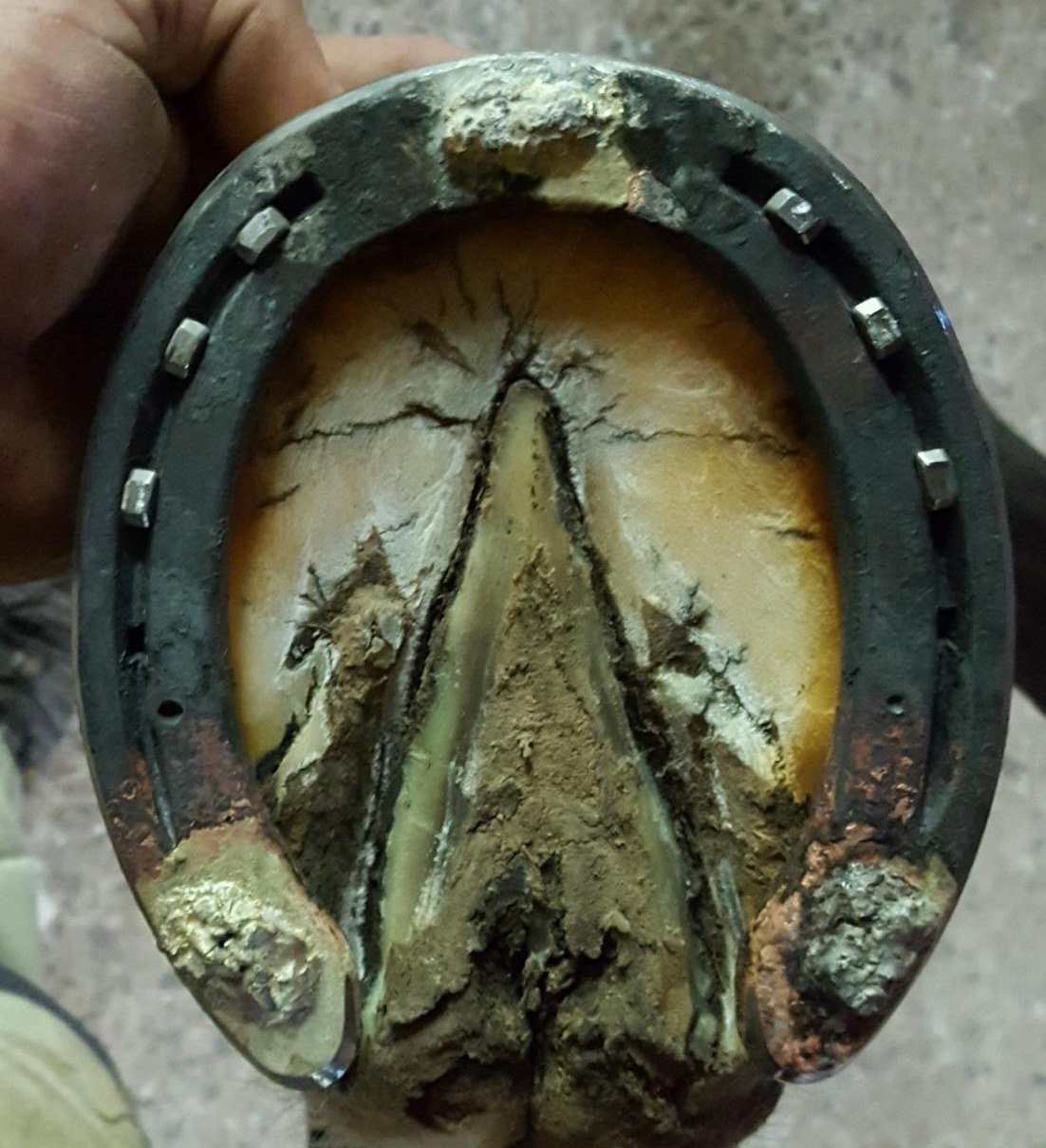 Typically, each horse in the mounted until wears steel shoes with Dril-Tek for added traction.

The Philadelphia Police Department’s Mounted Unit is helping with that effort. Like any other working horse, proper footcare is necessary to keep the police horses on duty. Father and son James and Dennis Hall provide the hoof care for the unit. Dennis discussed how they prep the horses for events like the DNC.

The unit is composed of 21 head — a mix of draft cross, off-the-track Thoroughbreds and Standardbreds. The Halls go to the police barn every Monday to trim and shoe the horses, with each horse on a 5-week cycle. Their set-up is straightforward: four steel shoes and Dril-Tek for traction on the city streets. The horses typically work in Center City, but are boarded in the northeast area of the city. Hall notes that the frequent trailer travel influences how he fits the shoes.

“I don’t really fit them with a pleasure fit, it is more between a pleasure and hunter fit,” Hall says. “The horses are constantly being trailered, and that’s 45 minutes every time. I shoe them tighter so that they don’t catch a shoe when moving around the trailer.”

The horses are primarily for crowd control. If the horses need extra protection for their feet, Hall opts for a full, think plastic pad. This would be utilized in anticipation of having to run through crowds.

“We could put pads on every one, but that’s not practical,” he says. “But usually, they are working city streets and can view the surface they are going on.”

Hall reports that due to the number of protests, the horses are in Center City for about 17 hours a day. So far, they haven't been called into a crowd. The heat has been excessive in Philadelphia and the department is carefully monitoring the horses' health. One way they are helping the horses is by utilizing cooling stations.

"They are basically on standby in Center City due to the heat. If they do have a crowd control issue, the department wants the horses to be able to stay as long as needed," explains Hall.

The officers and horses have undergone substantial training for the convention and in response to recent worldwide attacks. One particular training exercise is reacting to an active shooter. 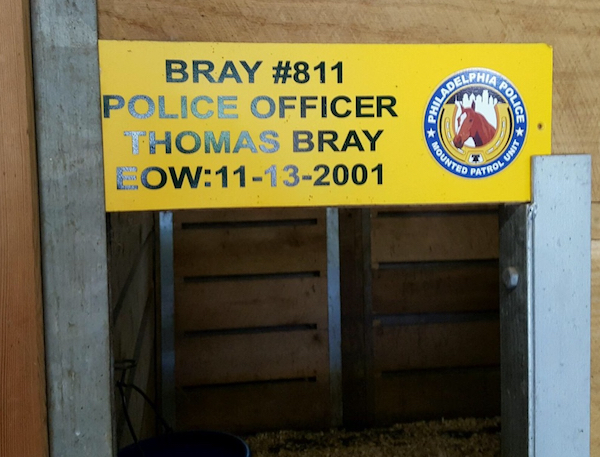 Each horse in the mounted unit is named after a Philadelphia office who died in the line of duty.

The Halls are on 24-hour call in case of a hoof-care emergency. Dennis notes that the Pope Francis visit of 2015 was another demanding event because restrictions to get access to the activity zone. During that papal visit, the Halls stayed at a Center City hotel in case they were needed for a footcare matter.

Like many other police departments in recent decades, the mounted units were disbanded due to budgetary concerns. Philadelphia brought back the mounted unit in 2011 after a 7-year hiatus. The Halls have been the farriers for the horses ever since the unit was reinstated.

As a tribute to Philadelphia police officers who died in the line of duty, each horse is named for a fallen officer.

Going The Distance With Endurance Horses