By Margaret Naczek posted on June 20, 2016 | Posted in Education

Pictured Above: Javier Cortez has come a long way since being sent to a Wyoming boys ranch by his parents after getting into trouble. Cortez has graduated from Pacific Coast Horseshoeing School and is now shoeing race and show horses in Kentucky.

Farriery was never on Javier Cortez’s radar growing up in Modesto, Calif.

Cortez was raised in a family of ranchers. Horses were plentiful, but he had little interest in working with animals as a career, except to perhaps ride bulls.

But Cortez did not pursue a career in bull riding either. Instead, he got into trouble. At first, it was minor.

“My parents are always on my tail about doing good in school,” Cortez says. “I knew everything. I never was mean, but I would talk a lot and get in trouble all the time.”

Cortez’s involvement with gangs was the final straw for his parents. They sent the high school junior to a boys ranch in Wyoming. It turned his life around and opened his eyes to a career in farriery.

“It had a big impact,” Cortez says, “because getting sent there, I realized being in a gang isn’t all too good.”

It was there that he became involved with a horse program in which he started training horses. It’s also where Cortez first saw horses getting shod, though not always properly.

“I saw a very traumatizing way of shoeing horses,” he recalls. “They were whacking the horses with hammers. I thought, man, if these guys are out there shoeing horses and getting paid to do it, I should be going out there, so they don’t hire these kind of people.” 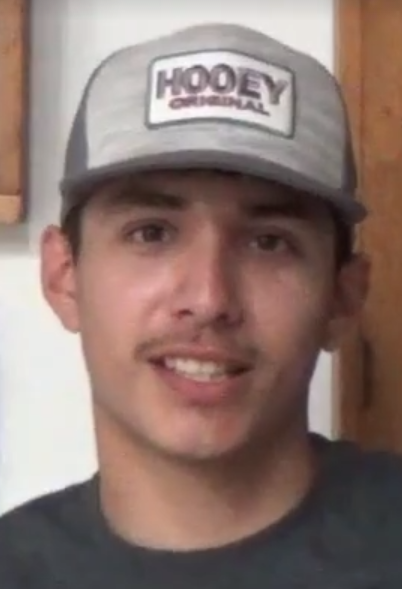 With the help of John Ulmer, his mentor and boss in Wyoming, Cortez first saw the opportunity that farriery offered as a career. Cortez is greatly thankful and appreciative of his old boss. Ulmer really pushed him to work hard in school and in farriery, Cortez says.

“He’s the one who really helped me get started in horseshoeing,” Cortez says. “Just about everything I know about horses, he taught me.”

After his time at the boys ranch, Cortez completed his GED and enrolled in the farrier business management program at Northwest College in Powell, Wyo. The program recently was eliminated at the college due to budget cuts.

Cortez returned to California after being away from his home for 4 years and enrolled at the Pacific Coast Horseshoeing School in Plymouth, near his hometown.  Cortez describes his experience at the school as both enjoyable and very rewarding.

“The teachers know how to teach each student individually,” he says. “They take the time and figure out the best way to teach you. They keep you focused.”

At Pacific Coast, Cortez learned both the practical application of farriery, as well as the business management side of the career. He appreciates the exposure they gave him to various situations and allowed students to work hands-on with the horses.

“They might show you once, but they’ll have you doing it,” Cortez says. “I think that’s a big thing, because most schools just tell you how to do something instead of actually doing it.”

After completing Pacific Coast’s 8-week course, the American Association of Professional Farriers was instrumental in helping Cortez land a job with Bud Willimon and the Broadus Brothers in Kentucky. He works 7 days a week, shoeing both race and show horses.

“I don’t really see it as a job,” Cortez says. “It’s something that I really love doing. It’s like having a hobby you get paid for.”

Margaret Naczek is an Editorial Assistant for the American Farriers Journal. A current student at the University of Wisconsin-Madison, Margaret is pursuing a Bachelor of Arts in Journalism, with an emphasis on reporting, and Polish language and culture. Contact: mnaczek@lessitermedia.com

California Teen Takes an Unusual Path Toward a Farriery Career