Pictured Above: Forging is one of the building blocks and an essential part of farriery, says Welsh farrier Grant Moon. A poorly shaped, fitted or positioned shoe can render the best trim worthless, says the Hall Of Fame farrier.

Among his demonstrations and lectures, Moon discussed the need for farriers to embrace forging, despite the lack of apparent necessity.

“I look at forging like teaching a child to write,” the Welsh farrier says. “There’s absolutely no need for a young child to learn how to hand write anymore. They’ll be able to type words and speak into a tablet.”

Yet, despite these technological advances, learning to write by hand is immeasurably useful.

“From that motion of handwriting the alphabet, you learn your letters,” Moon says. “Once you’ve learned your letters, you can put some of them together, like C-A-T. As you’re forming those letters, you’re actually learning the word. Once you learn words, you can build sentences. Sentences lead to paragraphs and paragraphs lead to chapters and then to books.”

Much like handwriting is critical in a child’s development, forging should carry a similar significance in a farrier’s development.

“For me, forging is an essential part of our trade,” says the six-time world champion blacksmith. “It does not matter how well you trim feet if you destroy it with poor shoe shaping, fitting, positioning and modification. Forging is one of the building blocks of what we’re doing.”

“There’s a whole new generation that didn’t learn to make their own tools,” Moon says. “I learned to make my own tools. They’re buying them. The problem is, if they don’t learn how to make them, they don’t know how to maintain them. They stick everything on the grinder and they think that is maintenance.”

All of your tools should be maintained much like your hoof knife, he says.

“I’m always fixing a little,” Moon says. “What’s worse than using a hoof knife for 2 weeks and not sharpening it? It’s going to be pretty useless. Well, a lot of times the stamps we’re using have really gone past the point of being useful. The same with pritchels and fullers.”

There’s really no such thing as a tool that’s a lifetime investment, he says.

“You can’t beat on a creaser with the hard steel of a hammer and hope it won’t distort,” Moon says. “Even if the blade stays reasonably well, they get upset. The blades become dull and rounded and they also need maintenance. So, each tool needs maintenance.” 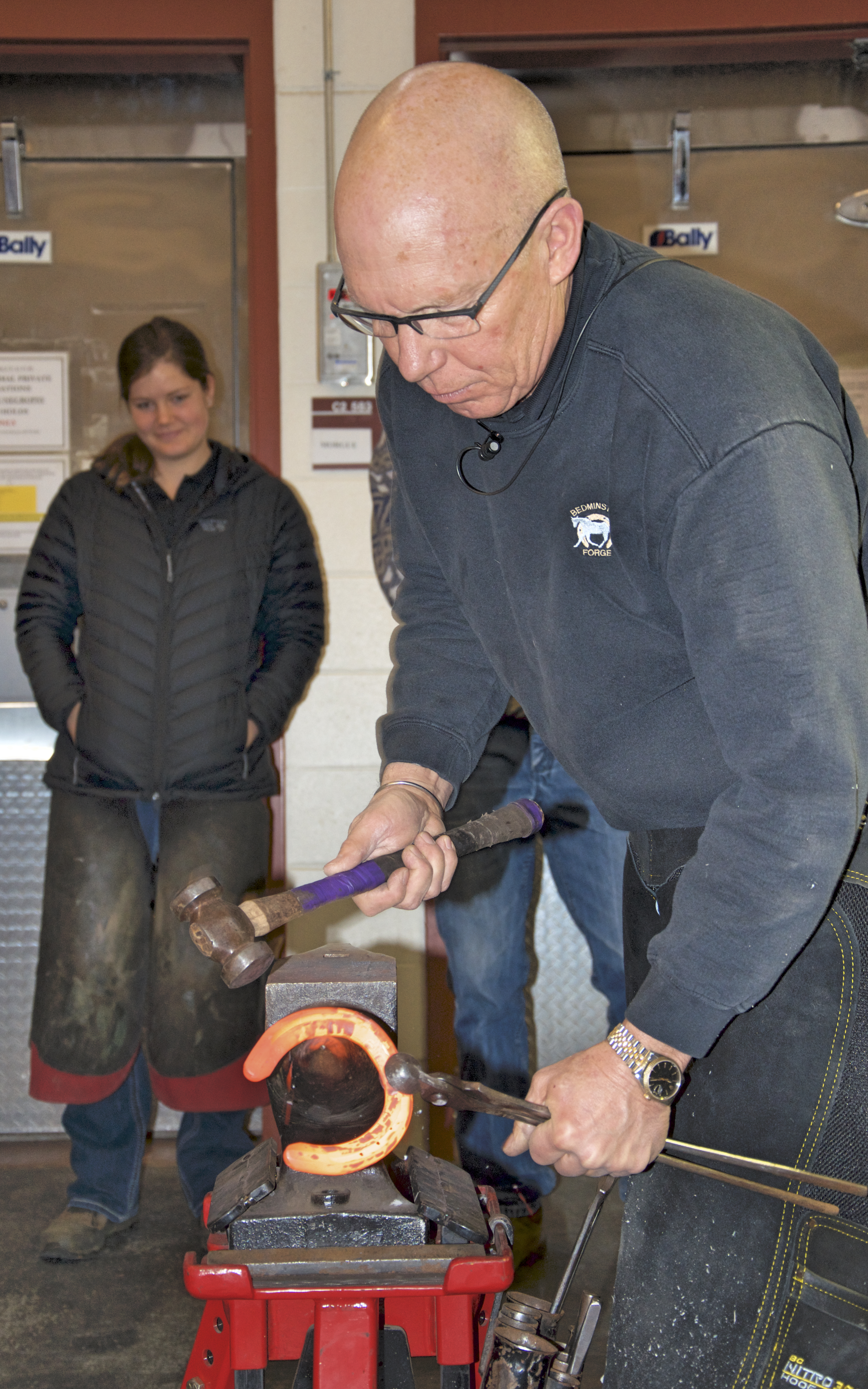 It's critical to support the center of the hoof capsule to minimize the amount of distortion in the back half of the equine foot, Bob Pethick says.

“It’s not attached to bone,” says the Califon, N.J., farrier. “So, there’s a tremendous amount of movement between the bulbs of the heels. If a horse has a rotational deviation when it toes in or toes out, or you have a deviation when it’s base wide or base narrow, the heel quarters are not going to bear weight evenly. So, they’re going to displace.”

The fact that a horse stands a vast majority of the day, not to mention the type of surface, does its feet no favors.

“Today, our modern surfaces do not allow horses to be standing in dirt that often, unless they are turned out,” Pethick says. “They spend a tremendous amount of time standing on rubber mats, concrete and blacktop. This is going to affect the back half of the hoof capsule even more so.”

The rubber mats contribute to another problem.

“People clean out the horses’ feet before they come in the barn because they don’t want to mess up their aisle,” he says. “They take the foot pack — the natural dirt — out of the bottom of the horse’s foot. Now, the horse is standing on its walls.”

As a result, the center of the foot is not supported.

“You’re going to end up with more distortion if you don’t support the center of the foot or the hoof capsule,” Pethick says. “Using either a frog support pad and/or a pad with sole support or a full pour in the bottom of the foot, will minimize the amount of distortion you’ll have in the back half of the foot versus just an open shoe.”