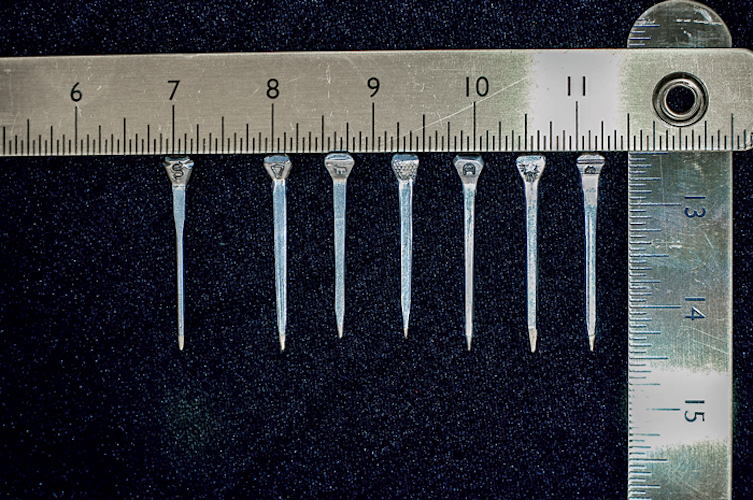 Are You Choosing The Right Nail?

A wider selection means better options for your shoeing job

Farriers never have had as many horseshoe nails to choose from than what’s available today.

Nails vary in size, blade, neck and head styles. The dizzying array of choices can be rather disconcerting.

“The choice has broadened so much that it can be a bit confusing to a beginning farrier to decide what they should have in their truck,” says Gerard Laverty, the farrier instructor at the University of Kwantlen, British Columbia. “Shoe manufacturers could do more to point out the best nail for a specific shoe.”

“A limited shoe choice will dictate a limited nail choice,” he says. “We carry a variety of shoes, and of course we can make whatever is needed. The majority of our clients will not need anything out of the ordinary, so that causes us to keep using a small selection of nails.”

While beginners might be confused, experienced farriers can fall into their own unintentional traps.

“Generally, farriers become familiar with how a few specific nails behave,” Laverty says, “and they tend to stick with those for the majority of horses.”

When considering nail choice, Coshocton, Ohio, farrier Dave Farley says the decision is out of your hands.

Are You Considering More Than Feet When You Trim And Shoe?