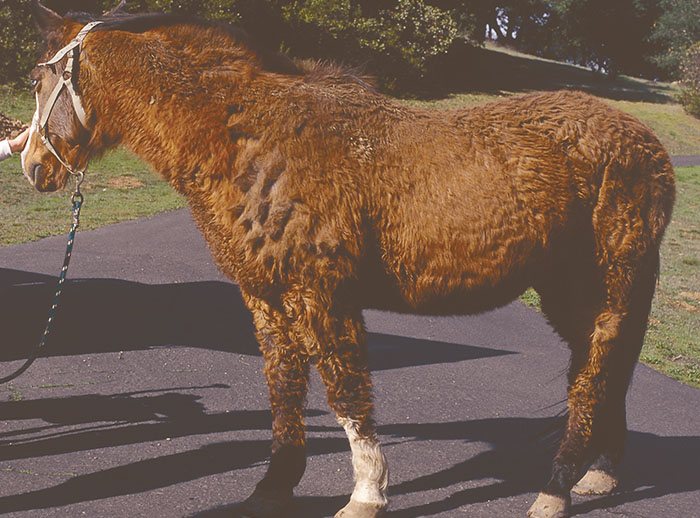 Insulin Resistance May Be Key To Founder Puzzle

By Pat Tearney posted on December 1, 2001 | Posted in Diseases, Lamenesses

SIGNS OF CUSHING’S SYNDROME. This horse displays the classic signs of Cushing’s syndrome. It’s obese, has a cresty neck and balls of fat on the rump and neck.

What’s more, while Frederick notes that his study was done on laminitis cases that were refractory — laminitis cases that do not respond to conventional or medical treatment of any kind — he believes the theory actually applies to most laminitic horses. His research caused a stir when it was presented at the Bluegrass Laminitis Symposium last year and continues to attract attention today.

The Fredericks hypothesize that — in effect — horses with refractory laminitis are diabetic. They believe that laminitic syndrome can be compared to the development of DM2-type diabetes in humans. Insulin resistance is a defining characteristic of DM2 diabetes, and they believe insulin resistance can be found in virtually all of the conditions usually believed to have caused laminitis. 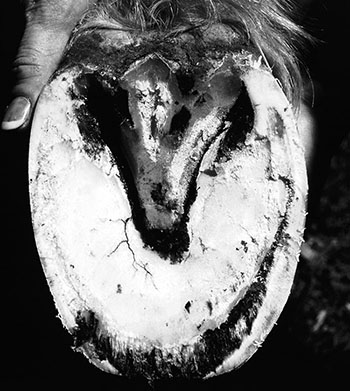 SIGN OF LAMINITIS. This hoof shows sole bruising as well as stretched laminae. Frederick noticed that these signs were often…