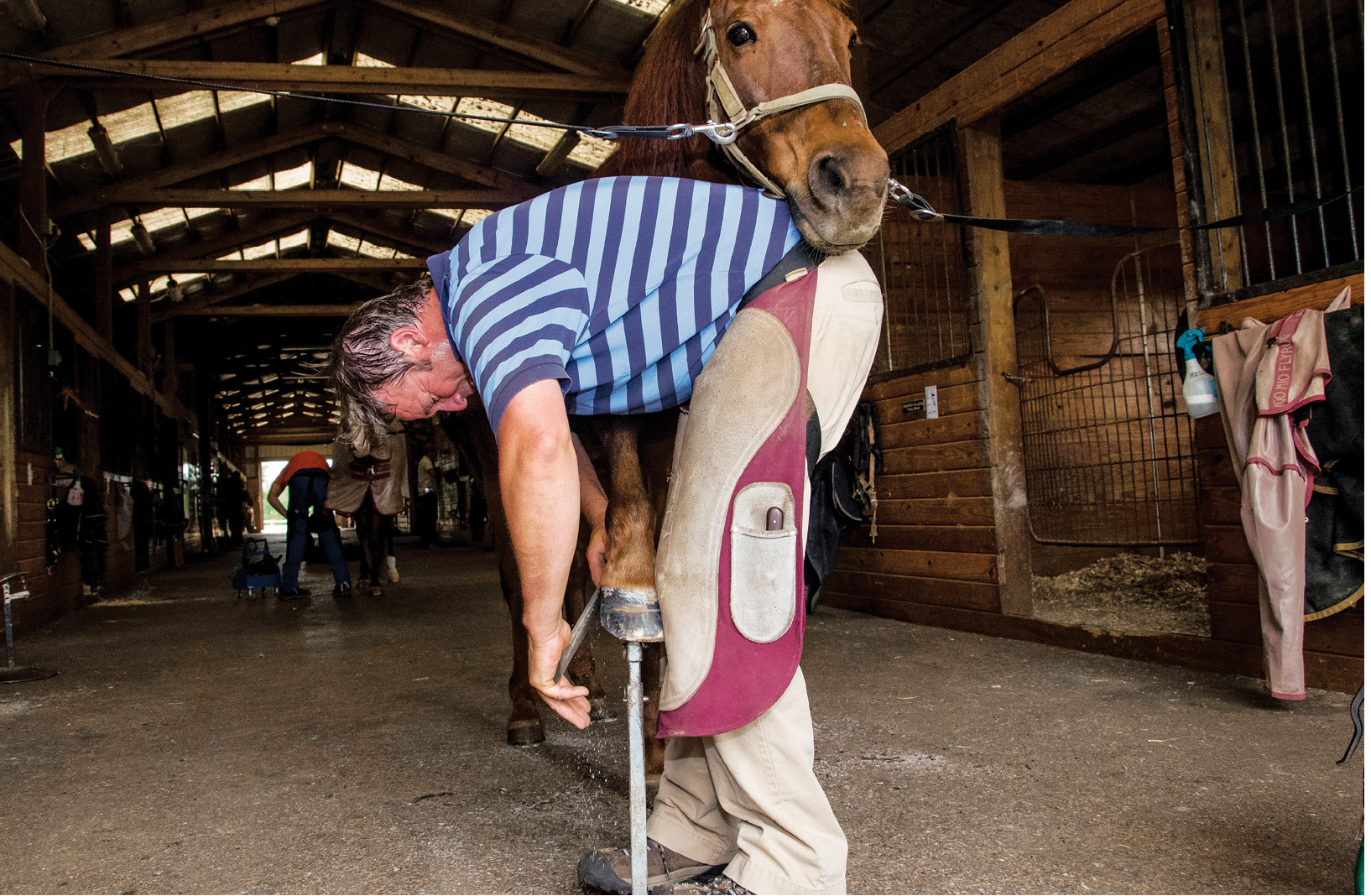 In the world of horseshoeing, Doug Workman is well respected as an American Farrier’s Association certified journeyman farrier and tester, a board of trustees member for the American Association of Professional Farriers and a sought-after clinician.

The Cleveland, Ga., farrier doesn’t care for those accolades, though, calling himself “just a horseshoer.”

It’s been a long journey to become “just a horseshoer.” As a part-timer hauling around a 5-gallon bucket of tools, Workman says he earned money shoeing horses beginning in the mid-1980s. Although he was under horses for several years, Workman says the turning point for his career was in 1992 when he met and began apprenticing for his mentor, Jack Schwarz. Workman says he wasn’t really learning until he met the influential farrier and former owner of Monetta Farrier Specialties in Ridge Spring, S.C.

“I had 6 or 7 years of doing my first year over and over until I met him at a clinic,” recalls Workman. “That’s a funny thing about this trade — you can make a good living with having a year’s experience multiple times.”

Simply making a good living wasn’t satisfactory for Workman. When he decided to become a full-time farrier and commit himself to horseshoeing, he did so with unwavering tenacity.

For example, there were a few times Midland, Texas, farrier Jim Poor hosted weekend clinics and competitions. Workman would find a driving partner and hit the road after finishing a Friday with Schwarz, drive through the night, making it just before the clinic…

Premium content is for our Digital-only and Premium subscribers. A Print-only subscription doesn't qualify. Please purchase/upgrade a subscription with the Digital product to get access to all American Farriers Journal content and archives online.
KEYWORDS FPD georgia grinder Kerckhaert Laminitis

Utilizing Pads in Your Footcare Practice

What Were Farriers’ Online Footcare Interests in 2018?