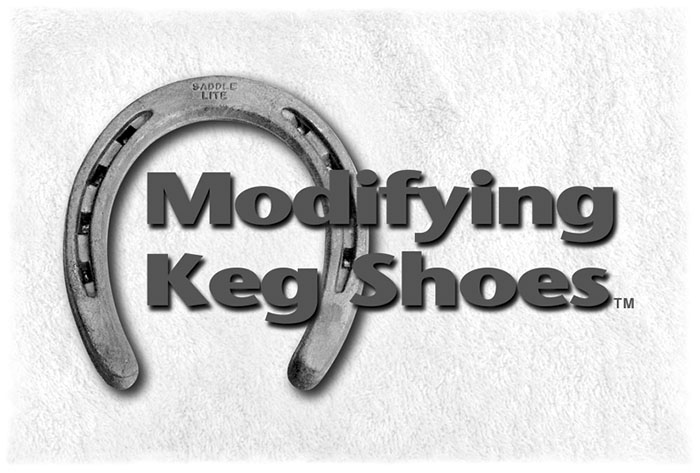 Lee Green has a valuable and time-saving modification called a slip clip (also known as a slide clip) that he’s been using for more than 25 years. The certified journeyman farrier and owner of The Shoein’ Shop in Yucaipa, Calif., says that it would serve many of today’s young shoers well to learn how to craft this simple-to-make, yet helpful modification that prevents horses from pulling shoes.

Green also says that of all the clips he has ever drawn — in most cases — slip clips are the most valuable and have saved him more time and effort than any other clip.

The slip clip is a clip that’s drawn on the medial side of the shoe where the foot is broken and to cover a hole or exposed edge of the shoe that a horse could accidentally step on with the other foot and pull the shoe off.

“The slip term comes from the fact that if a horse steps on the part of the shoe that has the slip clip protecting it, it slips right off and doesn’t catch or pull the shoe,”

says Green. “I’ve been using it for years as a means of self preservation. In other words, many times this clip’s saved me from the work of having to re-attach shoes that have been stepped on and torn off.

Wider Than A Normal Clip

Due to the nature of its function, a slip clip needs to be two or three times wider than a conventional…

Premium content is for our Digital-only and Premium subscribers. A Print-only subscription doesn't qualify. Please purchase/upgrade a subscription with the Digital product to get access to all American Farriers Journal content and archives online.
KEYWORDS clip drawn on medial side of shoe cosmetic modification Lee Green modifications nail holes Normal Clip self preservation shoeing work side clips slip clips

What Makes A Good Clip?