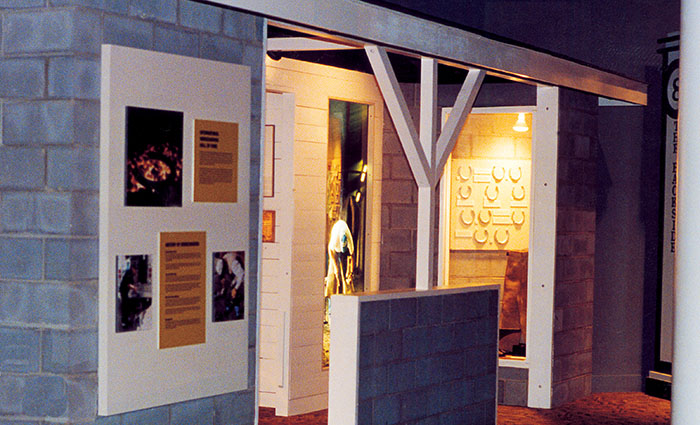 Thanks to the generosity of 10 farrier suppliers and the talents and dedication of the Kentucky Derby Museum staff, the International Horseshoeing Hall Of Fame now has a permanent home.

The unique exhibit that salutes outstanding farriers was dedicated at the Louisville, Ky., museum on Jan. 20. A number of farriers who’ve been honored in this program since 1992 were among the 192 guests at a grand opening party.

Located on the second floor — above the museum hall that features a 360-degree, high-definition video of the Kentucky Derby experience — the horseshoeing exhibit is housed in a replica of a cement block stall located on the backside at Churchill Downs. 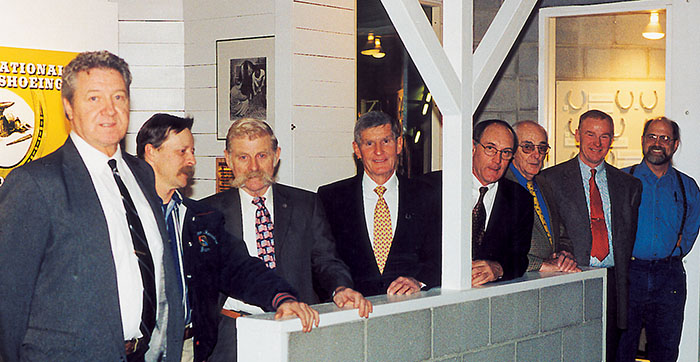 The Hall of Fame exhibit includes a display of Lexington, Ky., farrier Pat Hillock’s tools and shoes, along with photos and graphics depicting…

Premium content is for our Digital-only and Premium subscribers. A Print-only subscription doesn't qualify. Please purchase/upgrade a subscription with the Digital product to get access to all American Farriers Journal content and archives online.
KEYWORDS Exhibit horseshoeing hall of fame Kentucky Derby Museum sponsor Tribute To Shoers

Changes are Coming in the Soring Controversy