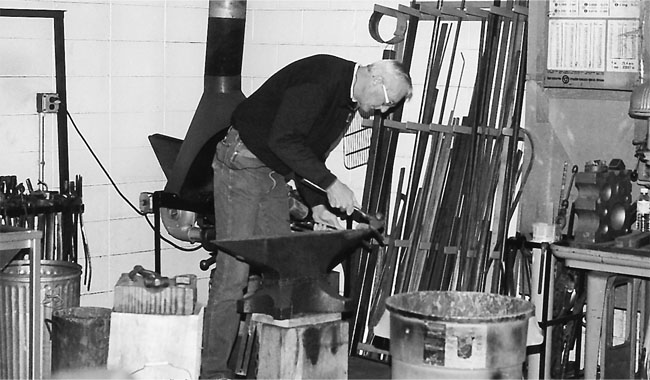 Smooth Out Those Crinkles

By Pat Tearney posted on May 1, 2004 | Posted in Education, Shoeing

When cold shoeing, be sure your modifications don’t leave a potentially damaging scar in the shoe

It might be the simplest keg shoe modification of all. You check the fit of a shoe against a hoof and find out it’s just a shade wide.

No need to fire up the forge on this one. You take the shoe to the anvil, hook it through the hardie hole, give a branch a couple of quick raps with your rounding hammer and it fits just right.

Danny Ward says before you hammer that shoe on the foot, you’d better take a close look at the branch, where the inside of it was in contact with the anvil. What you’ll see is a tiny spot where the metal has crinkled, or bunched a little, protruding above the foot surface of the shoe.

“It doesn’t look like much,” the Martinsville, Va., farrier told members of the Upper Midwest Horseshoers Association during their spring clinic at Centaur Forge in Burlington, Wis., in early April. “But if you don’t take care of it, it’s in a spot where it can easily cause an abscess.”

Getting The Crinkle Out

Ward stresses that the crinkle is an easy thing to fix. After you have the shoe adjusted to the size you want, you need to make sure it’s level anyway. You can take just a few seconds to level the crinkle as well — and you still won’t need to use…

Think Before You Wedge Those Heels

Taking The Mystique Out Of Shoeing Long-Footed Horses