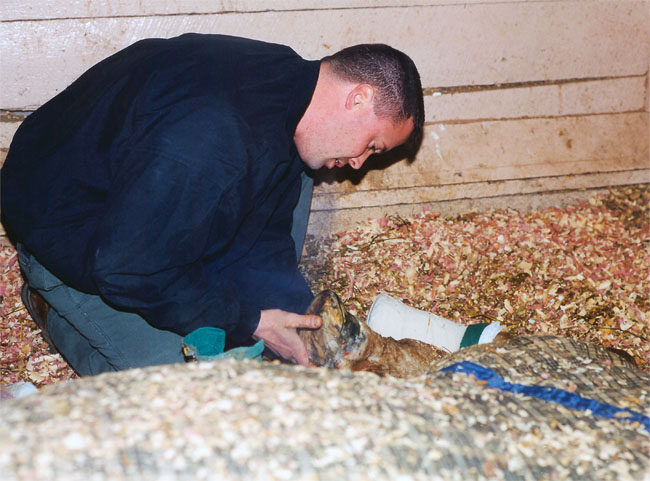 By Pat Tearney posted on May 1, 2004 | Posted in Therapeutic Shoeing

Sterile maggot therapy is a case of modern medicine “discovering” a treatment that has been known for centuries and has been a folk remedy for even longer.

Physicians treating the wounded in the War Between The States, the Napoleonic campaigns and even the Middle Ages noticed that soldiers’ wounds that became infected with maggots seemed to heal more cleanly than those of soldiers who did not. Noting this, some doctors began actually introducing maggots into wounds and infections, reporting positive results. The practice was spreading rapidly in the United States during the first 40 years of the 20th century, but slowed abruptly and almost disappeared with the discovery of penicillin and other antibiotics during the 1940s.

But maggots have made a comeback. And that comeback includes their use in combatting serious hoof infections by equine veterinarian Scott Morrison, who specializes in equine podiatry at Rood & Riddle Animal Hospital, near Lexington, Ky.

Morrison told those in attendance at the 2004 International Hoof-Care Summit that he first began using maggot therapy — or larval therapy for the squeamish — when confronted with widespread hoof infections associated with cases of chronic laminitis.