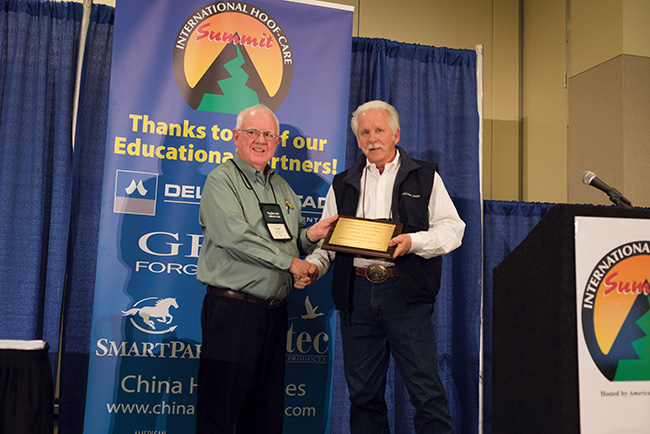 By Frank Lessiter posted on March 1, 2014 | Posted in Education

George Fitzgerald of Newtown, Conn., and Wellington, Fla., has shod high-level hunters and jumpers for more than 55 years. He spends winters working in Florida’s West Palm Beach area and does hoof-care work during the remainder of the year from his Connecticut base. He started his career shoeing draft horses, Saddlebreds and Hackney ponies in New York and Massachusetts.

Fitzgerald served as the official farrier for the National Horse Show at New York City’s Madison Square Garden for more than 30 years, covers the East Coast top circuit shows and has worked at a number of Olympic events for the U.S. Equestrian Team.

“Many thanks to all of my friends who have been supportive of me while I’ve worked my entire career as a farrier,” says Fitzgerald.

Mark Milster of Purcell, Okla., is a third-generation farrier who started shoeing horses more than 20 years ago. A five-time member of the American Farriers Team, he was named the 2001 World Championship Blacksmith at the Calgary Stampede and is a six-time world champion in the draft horseshoeing competition. 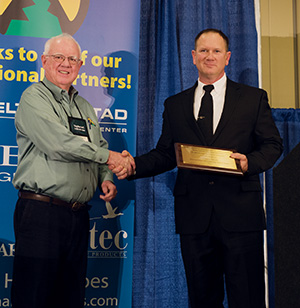 As a way of giving back to the industry, he participates in a number…