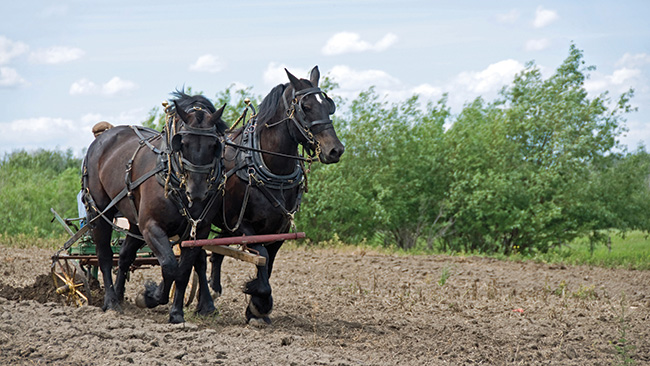 Tapping Into The Draft Horse Market Can Be Rewarding

Proper guidance can erase the intimidation in shoeing the gentle giants

Many farriers are intimidated by their size and strength, and rightfully so. They can be gentle giants or something out of your worst nightmare, depending on how they have been trained and handled. Add that to the size of the shoes and tools needed and you can see why there is a demand for farriers to work on the heavies. According to the American Farriers Journal 2012 Farrier Business Practices Survey, 48% of farriers shoe one or more draft horses. For farriers willing to tackle the challenges of shoeing drafts, it represents a golden opportunity.

It might be surprising that a draft is considered to be any horse that is bred to be driven rather than ridden. With this definition, a draft horse might include the lighter breeds such as Haflingers, Fjords and maybe even some of the sturdy small pony breeds.

For this article, draft horse will refer to the three major heavy breeds: Belgians, Percherons and Clydesdales.

Within the Belgian and Percheron breeds, there are several…