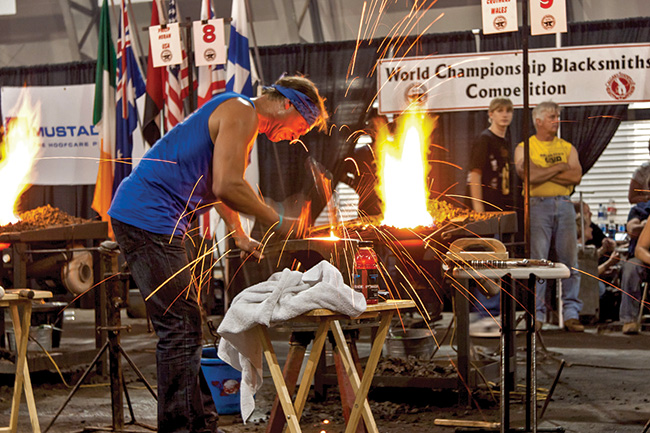 End Of An Era At Calgary

By Frank Lessiter posted on July 1, 2014 | Posted in Forging

It was a shock when the Calgary Stampede announced in mid-January that this year’s World Championship Blacksmiths’ Competition would be the last such event.

After 35 years, Stampede officials decided the traditional international forging competition no longer plays a role in their future plans. As a result, this year’s early July competition was the last, an event that drew 60 competitors from 15 countries around the world. Five previous world champions were among this year’s competitors.

“It was a corporate decision,” says Marshall Iles, a member of the competition committee for many years and a Calgary, Alberta, farrier. “They say they want to connect more with the urban audience.” The 10-day Stampede attracts more than 1.2 million visitors each year in early July. 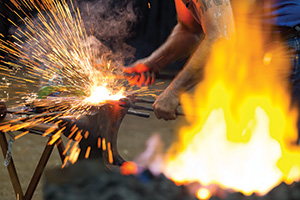 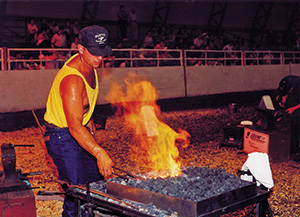 Competitors say the key to competing is to never panic.

For a look back at the blacksmith competition, check out the photos on these pages from the AFJ archives, along with several photos taken at the event in recent years by Bob Garner of GE Forge & Tool.

In addition, two articles on the Stampede competition are posted on the AFJ website at www.americanfarriers.com/ff/0714. These include:

End Of An Era At The Calgary Stampede