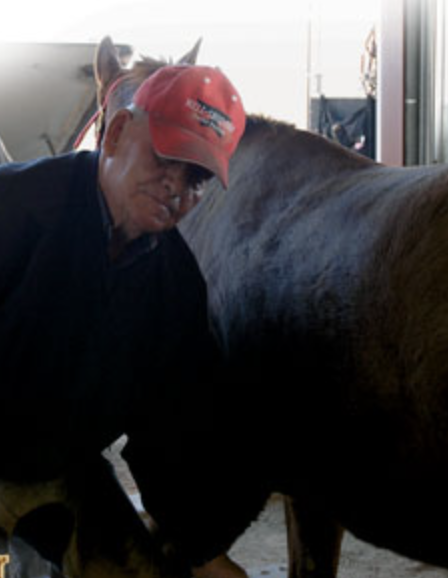 Baskins was born in 1931 in Barnes, Wyo. He credited his father, who was a ranch foreman, as teaching him the cowboy way of life. After serving 3 years in the United. States Marine Corps, Baskins became a farrier in California. After marrying in 1962, he settled in Tucumcari, where his business grew, servicing horses across five states.

In 1996, Baskins wrote Well Shod with Randy Witte and Western Horseman. This book is regarded by many farriers as one of the best practical volumes in modern farriery publishing.

His funeral is 10 a.m.,Thursday, Dec. 29 at the First Baptist Church in Tucumcari.

In 2007, Baskins told American Farriers Journal that the job was tough on his body, much like other farriers who invest decades into the trade.

All those years of shoeing have taken a toll on Baskins’ body. He has had three hip replacements, two of the right and one of the left. He also has a metal plate from his knee to hip.

“All that’s from being goofy, just working too much,” says Baskins. Even so, he guarantees that he would do it all over again if he had the chance.

“It’s been a good life for me. I don’t regret anything,” he says, then after a pause adds, “Well, I do regret these hips wearing out.”

You can read that article here.