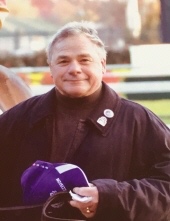 A competitive athlete throughout his life, Albrecht graduated from Long Beach State University with a Bachelor of Science in Kinesiology. For several years, he worked as Aquatics director for Los Angeles County and then as National Running director and national road race promoter for Nike. In 1982, he started work for Levi Strauss where he competed in “Ride and Tie” events, a discipline involving two riders and one horse. The need to learn how to shoe his “Ride and Tie” horse evolved into a passion for horses and farrier science. He attended equine veterinarian Ric Redden’s clinics in an environment where the farrier and the veterinarian work together and learned from each other — a tradition Albrecht continued in his career. He continued his farrier education through apprenticeships with friends Fred Love, Mike Savoldi and Steve Norman, and eventually became the director of Farrier Science at California State Polytechnic University, Pomona.

In the 1980s, Albrecht moved to central Kentucky and began his career as a full-time farrier in private practice for show horses, Thoroughbred racehorses, auctions (Keeneland, Fasig-Tipton, Saratoga) and many notable farms including Calumet, Darby Dan, Manchester, Stock Place and Lazy Lane, where he gained lifelong friends.

He lectured internationally and even lectured in the German language at Hanover University Veterinary in Germany. In recent years, he founded and organized the Tex Cauthen Veterinary/Farrier Seminar held every January at the University of Kentucky Gluck Equine Research Center with Dr. Thomas Tobin and Dr. Robert Holland. He regularly attended annual conventions of the American Farrier’s Association and American Association of Equine Practitioners, and he was a member of The Thoroughbred Club.

A celebration of life will be at a later date. In lieu of flowers, the family suggests donations made in Albrecht’s memory to Woodford Humane Society, P.O. Box 44, Versailles, KY 40383; or Old Friends, 1841 Paynes Depot Rd., Georgetown, KY 40324.