By Jeremy McGovern posted on July 5, 2021 | Posted in Equipment

A couple of years ago as he entered his 30th year of shoeing horses, Billy Romjue began looking for ideas to downsize his shoeing trailer. His service area was limited from southern Pennsylvania to northern Maryland, and hauling his 10-foot gooseneck shoeing trailer wasn’t practical for servicing most of his clients.

“I became fascinated with fitting gear in small spaces,” says the Glen Rock, Pa., farrier. “I wanted a trailer that is easy to set up, easy to back up and wouldn’t cost a lot of money.”

Romjue found inspiration with mid-20th century Ingersoll Rand air compressor trailers, popular for pneumatic work on construction sites. He eventually found one in need of repair and traded the owner a .30-30 rifle for the trailer.

Romjue has a background in welding and fabrication, which came in handy in projects building drag racers, so he could do the work in his shop. He tried to keep the appearance as close to the original exterior as much as possible. His wife repainted the body and lettering. After removing the motor, some key installations were adding electrical wiring and building a storage area in the front. He was able to build a functional shoeing trailer by installing a system of slideouts that lock into place using sockets welded to bolts.

The small trailer fits most of Romjue’s needs. He still uses the 10-foot trailer from time-to-time, but prefers this unit. One chief advantage offered by the compact trailer is mileage. His Ford Super Duty gets about 17 miles per gallon with this trailer compared with 11 when hauling his gooseneck.

He estimates the total cost to build the trailer at $1,200. Maintenance is similar to other small trailers.

Backed up to the barn door at New Lead Farm in Westminster, Md., set up for the few horses at this stop takes a few minutes. Romjue’s book is 4 days a week and a fewer clients than earlier in his career.

Romjue recognized early in his career that farriery grinds down the body. Crediting early mentors for influencing him to save money, Romjue started a retirement account as a teenager. Through this financial planning, he is on track to retire in 4-5 years. Romjue doesn’t see the shoeing trailer retiring with him — he plans to give it a new life after hanging up his apron.

Romjue regrets not seeing the compact trailer benefits until later in his career.

“If I knew what I know now, I would have started out this way years ago,” he says. 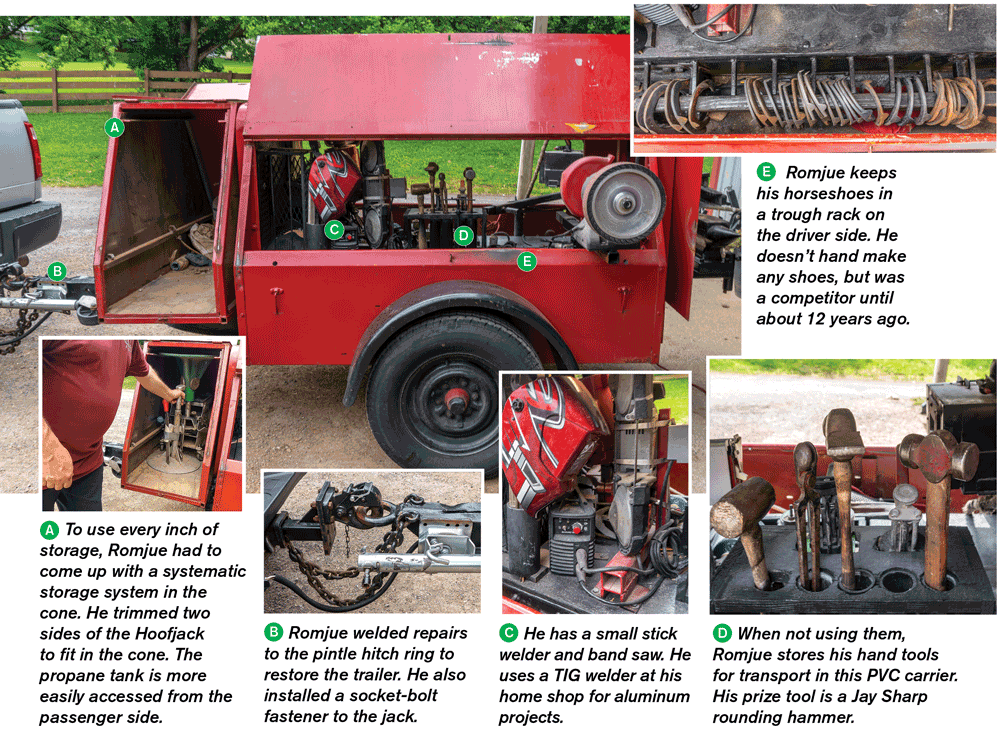 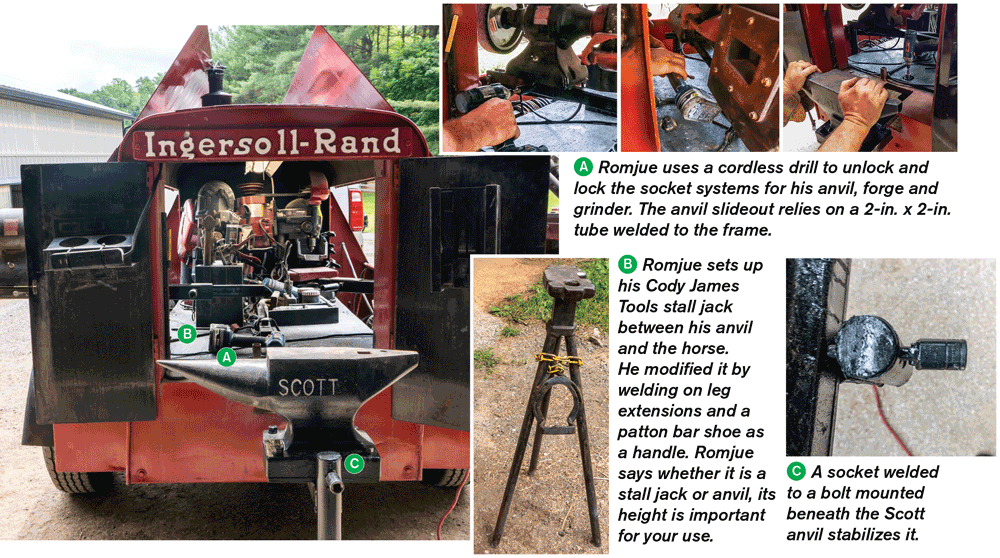 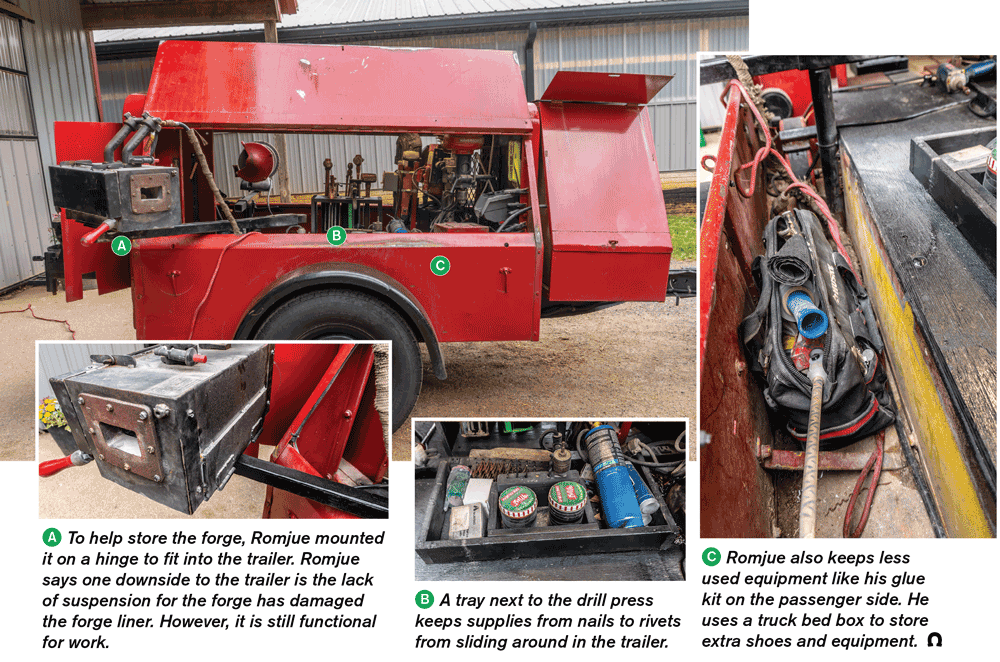