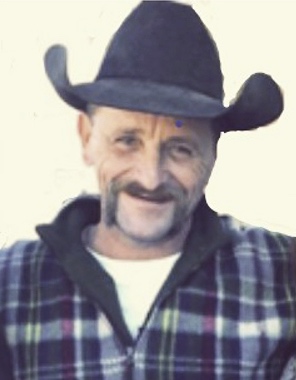 Born in Guthrie, Okla., Pettycrew and his younger sisters soon were separated to enter the first of seven often abusive foster homes. At age 6, Justin was adopted by Jack and Barbara Pettycrew of Broken Arrow, Okla.

He became one of the youngest acolytes in the Episcopal church, and was active in youth activities. He also excelled in youth sports. A highly intelligent child, Pettycrew attended school in Broken Arrow, Athens, Plano and Collin County Community College.

His love of horses began in an unusual way. During a family trail ride at the Grand Canyon, his 12-year-old cousin's horse bolted, with her screaming for help. Ten-year-old Justin, a novice rider, caught up and stopped her horse. This was the beginning of a lifelong love affair with horses.

He was an outdoorsman and an avid horseman, hunter and fisherman. As a young man, he enjoyed horse training and riding saddle bronc in the UPRA rodeo circuit and advanced to the finals for the prestigious saddle bronc event.

He married Donna Kay Asbill, raising her son and their two beautiful daughters, who often accompanied him on his farrier routes. Some years later, he became the delighted father of a son, Ashby Jack.

Pettycrew had much experience in building/construction trades, and also began training horses while he apprenticed as a farrier. He established Justin's Farrier service, building specialty horseshoes. Although a sought-after farrier for a number of years, his back began to suffer from the grueling work, so he branched out doing specialty welding for Morton Salt, and traveled periodically as a specialist with natural disaster emergency response teams. His artist’s eye led him to begin creating intricate metal works of art that can be admired as gates, extensive and artistic multistory railings and balconies and ornaments all over East Texas.

He was one of the kindest, most generous men alive, but often had dark periods from which he could not seem to escape. Sorely wounded by so many different aspects of his life, they finally wore him down. Getting to know his biological parents was a bittersweet experience and reinforced his sense of unworthiness.

A memorial service will be at 6 p.m. Tuesday, April 20, 2021, at the Round ’Em Up Cowboy Church at 157 Sparks Circle, just off highway 80 in Wills Point. After the service, a short cowboy ceremony will be held in the church rodeo arena.

In lieu of flowers, please donate to the Prosperity Bank Account set up in the name of Pettycrew’s children or to the charity of your choice.